George and Kellyanne Conway finally agree on something 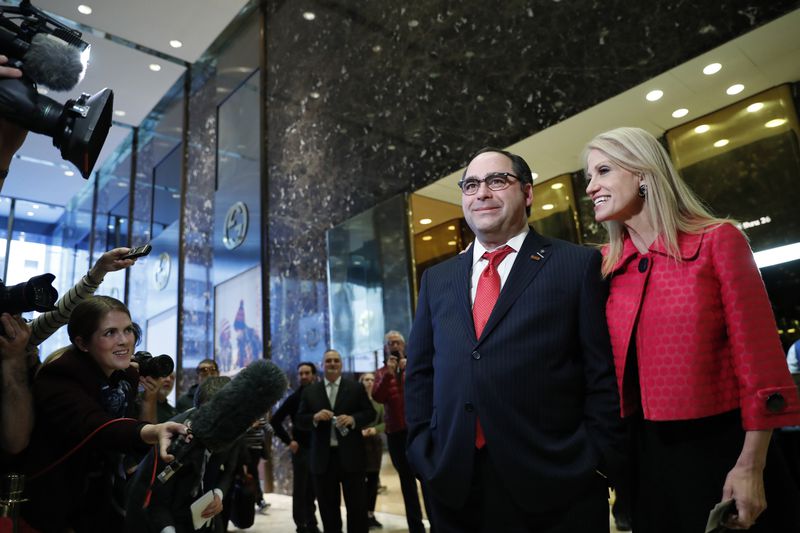 Time away from MAGA madness just may be the couples therapy George and Kellyanne Conway needed.

One of the Beltway’s most intriguing pairs agreed on Twitter that the president’s Supreme Court nominee, Amy Coney Barrett, is a good fit for the bench. The lovefest started when a Twitter user asked George Conway if he thought Barrett’s nomination might be blocked by senate Republicans.

“No. Not a chance,” he tweeted. “She is entirely qualified to serve on the Supreme Court.”

Kellyanne replied with an emoticon showing she agrees 100%.

The conservative pair had been publicly at odds since 2016 when Kellyanne helped get President Trump elected, then stayed on to work as a White House counselor.

Both politicos stepped away from their jobs at the end of August after their 15-year-old daughter – a very vocal Trump critic – announced she was seeking emancipation from her parents on account of her mother’s work with the president. Kellyanne said she was taking a break from politics to focus on “Less drama, more momma.”