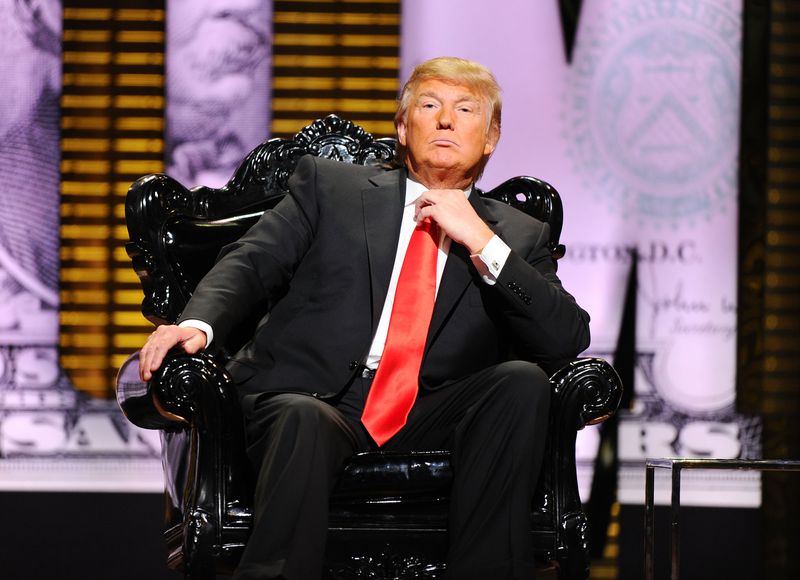 A bombshell New York Times report about the president’s alleged money problems shines a new light on why jokes about his wealth — or lack thereof — have never been a laughing matter for the real estate heir.

When Comedy Central roasted The Donald nearly a decade ago, the one thing deemed off-limits was wisecracks implying he may not be as rich as he claims, Vulture reported in 2016.

“Each year, the ‘roastee’ has certain topics they declare off-limits,” roast writer Aaron Lee reportedly said of the 2011 grilling of Trump. “It’s always interesting to learn what is ‘sacred’ for a celebrity.”

While there was no “approved” list of topics per se, Lee told Vulture there was a mandate that jokes about Trump not being as rich as he claims were not okay. However, jokes about his family, hair, weight and attraction to models were fine.

The New York Times reported Sunday that according to the president’s tax records — which he has fought tirelessly to stop from being made public — Trump paid only $750 in federal taxes in 2016 and in 2017 and paid no federal taxes at all in 10 of the 15 years prior. The president, offering no evidence to prove otherwise, denies the Times story.

“Tonight we honor a self-made millionaire,” MacFarlane joked. “He started with nothing, worked hard and made a fortune. That man is Fred Trump – Donald’s dad.”

Jeselnik used his turn at the podium kidding about his massive business failures along the New Jersey Boardwalk.

“Donald you’ve got a great sense of humor, you’ve been so happy to embarrass yourself on Saturday Night Live – and the casino business,” he said.

The president has sought bankruptcy protection seven times, according to Snopes.com, which includes six gaming operations near the tip of the Jersey Shore.

Jeselnik reportedly confirmed to Joan Rivers in 2013 that jokes questioning Trump’s claims of prosperity were off limits during that roast.