Two men, including innocent bystander, shot and wounded on Lower East Side street 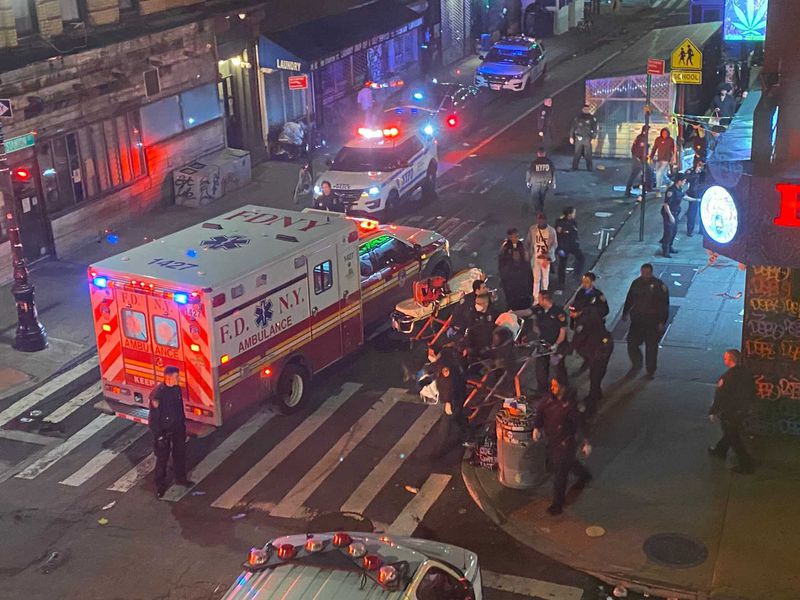 Two men, one of them an innocent bystander, were shot and wounded on a Lower East Side street early Sunday, police said.

The shooter and his intended target got into an argument near Ludlow and Stanton Sts. about 4:15 a.m. as popular clubs and bars in the area were closing for the night, cops said.

The gunman whipped out his firearm outside Dubai Cannabis Supply on Stanton St. and shot his 28-year-old adversary in the groin. A stray slug hit a man working at a nearby establishment in the leg, authorities said.

The employees of the smoke shop said one of the victims worked as a bouncer at Pianos, a popular bar on Ludlow St.

“I woke up from the shooting . . . Four shots,” said one neighbor, 33, who declined to give his name. “Police came within a minute. No one was shouting. It was very silent, I thought that was weird…. I see two guys on the floor..”

“They were laying down,” he added. “First they took the skinny guy. He was jumping kind of on one leg. But the heavy guy, (it took) like eight police officers to put him on the (stretcher).”

The neighbor said he’s seen fights outside Pianos but never a shooting. “This is the first time for that,” he said.

The gunman fled and has not been caught.