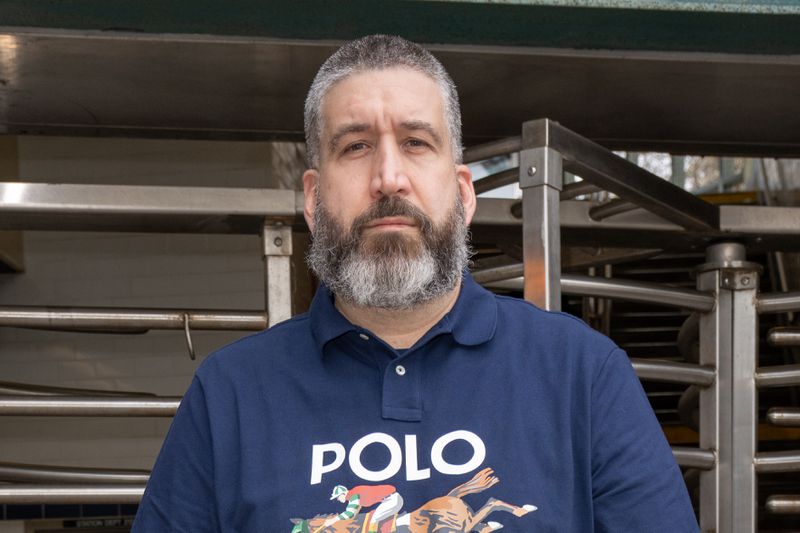 A white Brooklyn man’s 1999 conviction for gunning down a Black man has been overturned due to the trial judge’s admission that his past civil rights activism swayed him against the shooter’s self defense claim.

The murder conviction of Donald Kagan, 47, was thrown into doubt in 2011 when retired Brooklyn Supreme Court Justice Frank Barbaro — who was also white — admitted his background in the civil rights movement gave him an “unconscious” bias while presiding over Kagan’s trial.

On April 6, the mid-level appeals court in Brooklyn agreed and tossed out Kagan’s conviction for fatally shooting and killing Wavell Wint, in 1998.

“It’s certainly a little bit of vindication,” Kagan told the Daily News. “It’s something that should have been decided back in 1999. So it’s bittersweet that it’s taken this long. … Nevertheless, I’m just thankful that some measure of justice has been served.”

When Barbaro made his unusual admission, Kagan had already spent 13 years behind bars for the Nov. 5, 1998, shooting in East New York. Kagan says Wint attacked him and snatched his $2,000 gold chain outside a movie theater on Linden Blvd.

“Yo, you don’t want any of this,” Kagan told Wint, flashing the gun at him as the two argued after catching a showing of the film “Belly” at the Linden Multiplex.

During the scuffle, Kagan fired two shots from his illegal gun, killing Wint.

Kagan, who consistently claimed self-defense, opted for a bench trial — meaning the judge would decide his fate, rather than a jury.

Four of Wint’s friends testified that they didn’t see Kagan wearing a necklace and that he shot Wint in cold blood. Kagan tried to fire again after the first two shots, but the gun either jammed or was out of bullets, they claimed.

Kagan took the stand in his own defense and contradicted that testimony, saying the chain-snatching initiated a tussle for the gun. A friend of Kagan’s backed that version of events.

“We were in a struggle for it. At that point it was split-second decision-making. It seemed like if he had gotten a hold of it, I may have possibly been the one that was shot,” Kagan told The News. “I was defending myself. I’m not saying that it happened accidentally.”

Barbaro didn’t buy the self-defense argument in 1999 and gave Kagan 15 years to life, convicting him of second-degree murder.

While Barbaro never made his biases known during the trial, by 2011, the octogenarian liberal concluded that he had not given Kagan his constitutional right to a fair trial. Reading reports of wrongful convictions, Barbaro — who died in 2016 — said he realized his mistake.

“If somebody is biased in a jury of 12, that conviction is most likely overturned. Here you have the judge — he was the jury. He was 12 jurors in one, and he was biased by his own admission,” Kagan said.

Barbaro reached out to Kagan’s lawyers in 2011 to inform them of his error, saying that in 1999, he had improperly viewed the killing as a “racially motivated homicide.” He said he realized that Kagan “acted in self-defense and with justification” and that prosecutors had not proven their murder case beyond a reasonable doubt.

“On an unconscious level, what happened, was that I was seeing this young white fellow as a bigot, someone who assassinated an African-American person,” the judge testified at a 2013 hearing in Kagan’s case.

But Judge ShawnDya Simpson denied the retired jurist’s attempt to get his decision reversed.

“There is absolutely nothing in the trial record to indicate Justice Barbaro conducted the trial with bias and prejudice,” Simpson wrote in a 2014 ruling.

Still, Simpson said she believed prosecutors overcharged Kagan and that the facts “do not establish the crime of murder in the second degree.” But she wrote that her hands were tied and she allowed the sentence to stand.

The next year, Kagan was released on parole — free, but with a murder conviction on his record. Looking for work was difficult. He had to explain the shooting in job interviews.

He continued to pursue an appeal. Prosecutors maintained that Barbaro misremembered key details of the killing and that the judge’s claim of bias was “not credible.”

“[Judge Barbaro] was not fair and impartial when he presided over the defendant’s nonjury trial,” wrote the panel of judges, overruling Simpson’s decision.

Prosecutors with the Brooklyn district attorney’s office can appeal to the state’s highest court or retry the case. A spokesman said the office is “weighing our options.”