Two dead after speeding BMW veers of NYC Henry Hudson Parkway, lands on Amtrak tracks below and bursts into flames 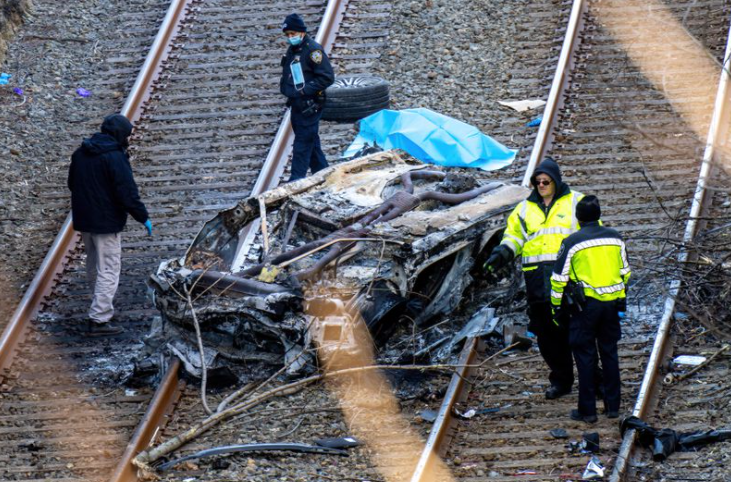 A speeding driver and his passenger died early Monday after he veered off Manhattan’s Henry Hudson Parkway and their BMW plummeted onto the Amtrak tracks below, bursting into flames, cops said.

The 39-year-old driver was headed uptown when he lost control near W. 178th St. in Washington Heights, crashing through a railing a few blocks later about 1:40 a.m., cops said. The luxury vehicle soared off the parkway and landed on railroad tracks near the George Washington Bridge.

The driver was ejected and died at the scene as the car erupted into a fireball.

After first responders extinguished the blaze they found a dead passenger still inside the vehicle but burned beyond recognition. That victim was so badly charred cops were unable to immediately determine even their gender.

Cops did not immediately release the name of the driver who died.