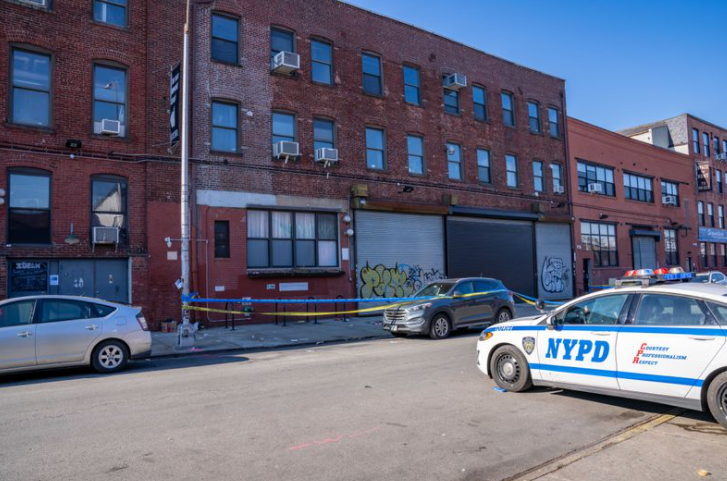 A Brooklyn party crasher accused of stabbing two bouncers, one fatally, because they barred the suspect from a Brooklyn bash has been charged with manslaughter, police said Monday.

Jose Velasco, 19, allegedly knifed a 21-year-old bouncer in the back and killed bouncer Marvin Pretto, 25, with a stab wound to the chest.

Velasco, who has no previous arrest history, showed up at a bash a new event space on the ground floor of a building on 7th St. near 3rd Ave. in Gowanus about about 10:40 p.m. Saturday.

A woodworker who lives in the neighborhood said the party was only an hour old when the stabbing happened.

“There had to be 50 to a hundred people at this party,” said the man, who gave only his first name, Pat, 34. “I saw a bunch of arguing…Somebody in the crowd yelled, ‘He has a knife!’”

Velasco was arrested at the scene after allegedly stabbing the two bouncers.

Pat said he grabbed rags from his workshop, ran to Pretto and tore off his shirt, applying pressure to his wound.

Medics rush Pretto to New York-Presbyterian Brooklyn Methodist Hospital but he could not be saved. He lived in Bensonhurst, according to cops.

His wounded coworker in stable condition at the same hospital.

The stabbing happened just down the block from the popular Bell House music venue.