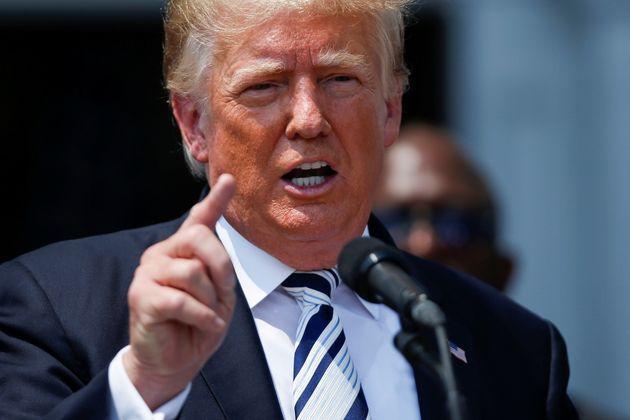 Former President Trump says Russia would not have invaded Ukraine if he had overturned President Biden’s victory in the 2020 election.

In a convoluted statement, Trump blamed what he falsely calls the “rigged election” for ushering in Biden’s administration, which he in turn accused of dismantling his Big Oil-friendly policies.

And those Biden policies, he claimed, opened the door to Russian strongman Vladimir Putin’s invasion of Ukraine.

“The world would have had no problems whatsoever,” Trump said in an email statement. “If the Election wasn’t Rigged … we would be supplying the world with oil and gas. Also, Russia would not have attacked Ukraine.”»

Trump did not spell out the connection between his assertions about Biden, gas prices, and Putin’s invasion, except to claim the world would be a better place if he were still in the White House.

“Instead, we have a horribly tragic and unnecessary war, record-high energy prices, Inflation, no Border, crime, and chaos,” Trump said.

Trump took credit for rescuing NATO by brow-beating allies into coughing up arrears for membership dues, asserting “there would be no NATO if I didn’t act strongly and swiftly.”

The ex-president also claimed that history would give him credit for bolstering Ukraine’s defenses by sending weaponry, including anti-tank javelin missiles.

In fact, Trump cut off defense aid to Ukraine and sought to use the prospect of renewing assistance to bully Ukraine President Volodymyr Zelenskyy into smearing Biden ahead of the 2020 campaign.

The infamous diplomatic extortion effort led to Trump’s first impeachment by the House of Representatives in 2019 after a whistleblower, now-retired U.S. Army Lt. Col. Alexander Vindman reported Trump’s action on a call to Ukraine’s president.

Trump’s effort to blame anyone but Putin for the invasion has run into setbacks even within the Republican Party, of which he is the de facto leader.

The twice-impeached president called Putin “very savvy” and a “genius” for seizing two breakaway Ukrainian provinces, a declaration that proved embarrassingly premature when Russia continued to launch a full-blown invasion of the entire nation hours later.