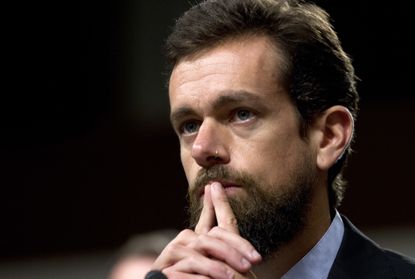 Twitter CEO Jack Dorsey on Wednesday said the decision to ban President Trump from that platform after the deadly siege at the Capitol by pro-Trump rioters was the “right decision,” but also tarnished the image of an “open internet.”

In a candid 13-tweet thread, Dorsey said normally, a ban on one user usually means they’ll find another platform to land on.

“I believe this was the right decision for Twitter,” he wrote of the Trump ban, saying the company “faced an extraordinary and untenable circumstance, forcing us to focus all of our actions on public safety.” He conceded, however, it also “sets a precedent I feel is dangerous: the power an individual or corporation has over a part of the global public conversation.”

“This concept was challenged last week when a number of foundational internet tool providers also decided not to host what they found dangerous,” Dorsey wrote.

Twitter and Facebook both took down Trump’s account after the Capitol riot. YouTube followed suit. Amazon’s web services division then cut off the Trump-friendly social media site Parler, which was also removed from the Google and Apple app stores.

“This moment in time might call for this dynamic, but over the long term it will be destructive to the noble purpose and ideals of the open internet,” he wrote.

“A company making a business decision to moderate itself is different from a government removing access, yet can feel much the same.”

Dorsey held up Bitcoin as a model worth emulating, calling its model “a foundational internet technology that is not controlled or influenced by any single individual or entity.”

“This is what the internet wants to be, and over time, more of it will be,” he wrote.