Twin babies — a boy and a girl — found dead in Queens apartment; mother under police questioning 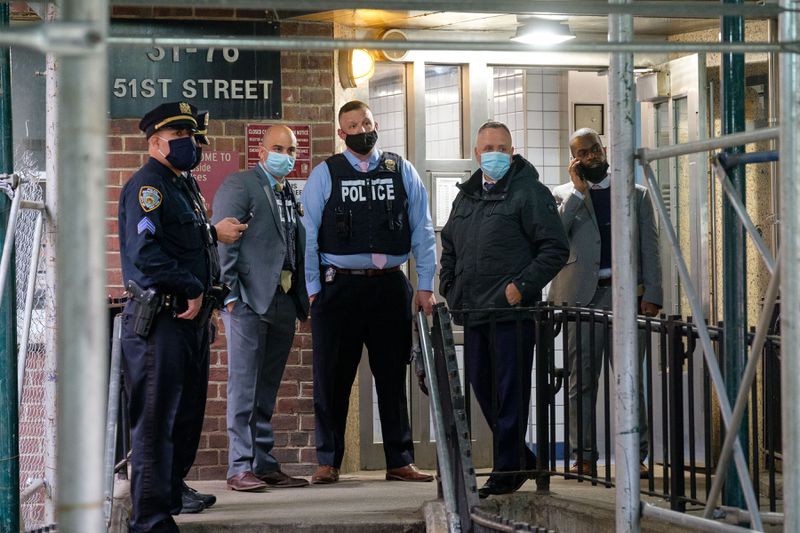 Police and medics found the children, Dakota and Dallas Bentley, inside the family’s Woodside Houses apartment on 51st St. just after 3 p.m.

“I do not want them,” the twins’ mother told arriving officers, a police source said.

Officers found the boy in a crib, lifeless with a knife sticking out of his head, police sources said.

“Officers questioned the mother about the second baby, and she pointed towards the sink,” said NYPD Housing Bureau Chief David Barrere. “Officers discovered a second child, under the sink area, wrapped in a blanket. It was also unconscious and unresponsive.”[More New York] NYPD is in the dog house over leasing of robotic hound »

Sources said the girl was discovered in a cabinet.

Both children were declared dead at the scene.

Police went to the home after a concerned cousin, an NYPD housing cop, called 911. The relative had spoken to the childrens’ mother and became worried about the twins, Barrere said.

“This is really a tragedy for the whole family. I don’t know what to say,” the devastated officer, Keywona Llanos, told the Daily News in a brief interview Thursday night.

“I’m at a loss for words,” she said, speaking through tears. Asked if the mother suffered from mental illness, Llanos responded, “Mental illness is big. Please keep us in your prayers.”

The cause of death will be determined by the medical examiner, but at least one of the children looked discolored, sources said. The deaths are considered suspicious.

The 23-year-old mother is being questioned at the 114th Precinct in Astoria.

The deaths stunned neighbors. Several said the childrens’ mother had been in the complex less than a year.

“I’m a mom. I know the stress of being a mom and all that, but you never stoop to that level. You carry your kid for nine months. you bring them into this world, you go through all that. To then just kill them?” said Alexandra Felix, 45.[More New York] ‘I did the shooting’: Tumultuous two-decade relationship ended with a gunshot, accused Park Slope killer admits to cops »

“As a mom, and living here for so many years, I’ve never heard that,” Felix said. “It really upsets me. It really gets me mad.”

One next-door neighbor, who didn’t give her name, said the mom moved in last month after the previous tenant, a relative of the mother, died in February.

The neighbor didn’t see or hear anything out of the ordinary — but she didn’t hear newborn babies either.

“I’ve never seen the lady. I just knew that she moved in because I heard noise,” she said, describing the normal commotion of doors opening and closing. “I never heard no babies crying, nothing… You don’t see Pampers, nothing.”