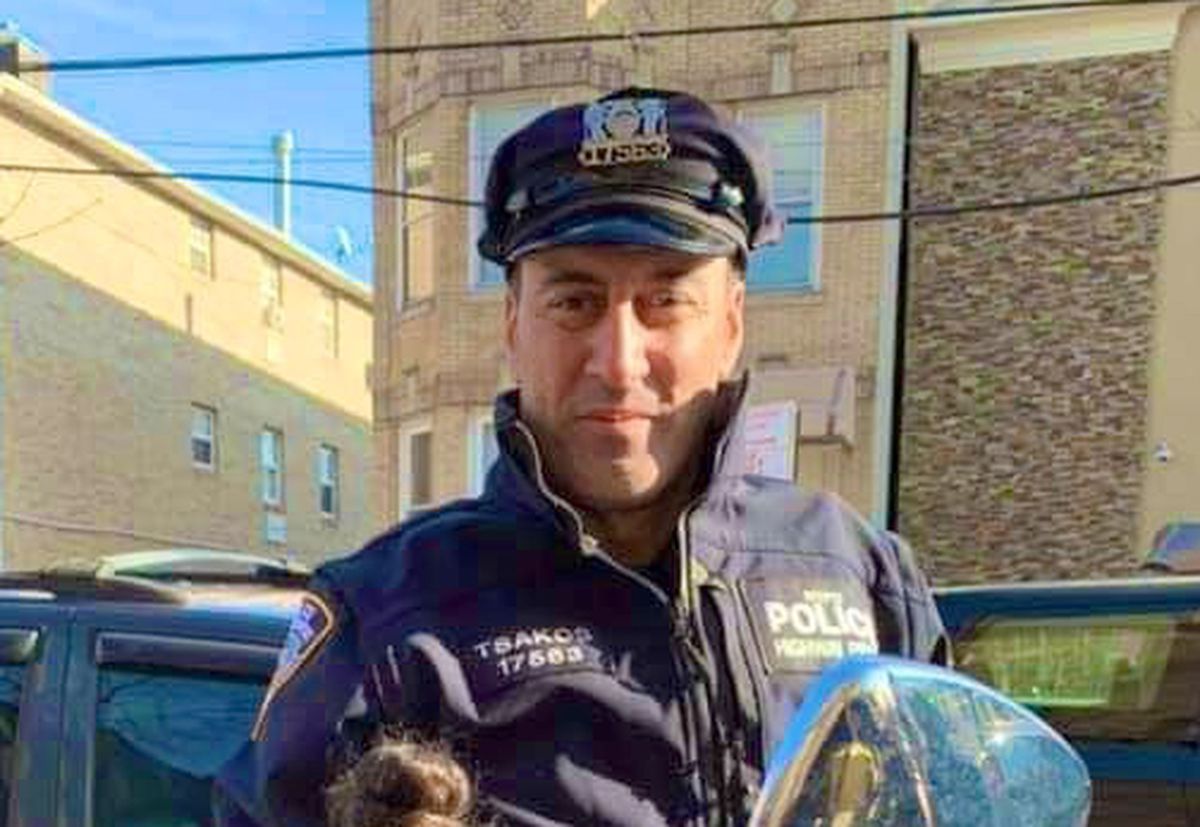 A veteran NYPD officer ran for his life as an accused drunken driver bore down on him, ignoring traffic cones and flashing police lights before plowing into the doomed cop, a law enforcement source said Wednesday.

Officer Anastasios Tsakos, 43, and his colleagues working the scene of an earlier Long Island Expressway fatal crash saw the maroon Volkwagen Passat barreling toward them and sprinted for safety, with Tsakos unable to dodge the oncoming vehicle, the source added.

Tsakos was literally blown out of his knee-high uniform boots on impact, with his body found on a grassy median 170 feet away and the footwear left behind on the roadway, said the source. He suffered massive head injuries upon hitting the median and died at New York-Presbyterian Hospital/Queens.

The highway patrol officer was directing traffic at the scene of the single-car wreck when driver Jessica Beauvais, whose blood alcohol level was nearly double the legal limit, struck him with such force that the windshield of her car was shattered, police said.

The combative 32-year-old driver swore at police once stopped after a mile-long chase, and was charged with vehicular manslaughter, drunken driving and driving with a suspended license.

The driver whose fiery wreck put Tsakos in the crosshairs of the allegedly boozed-up Beauvais sent along condolences Wednesday to the veteran cop and his devastated family.

“That officer that passed away, I want to say thank you,” said a teary Jonathan Espinal, 24, the right side of his face covered with stitches. “Thank you for taking care of everybody and us. He was helping people and look what happened.”

Espinal, who also faces charges of driving with a suspended license, was speeding at the time of the wreck that killed his best friend Joshua Hernandez, 24, according to police. But he suggested Beauvais bore some responsibility for the death.

“If it wasn’t for her, he may still be alive,” said Espinal. “That officer was trying to help us, then she hit him … I’m shocked I’m alive.”

Tsakos was one of the cops responding to the scene after Espinal slammed into a light pole while exiting the LIE onto the Clearview Expressway.