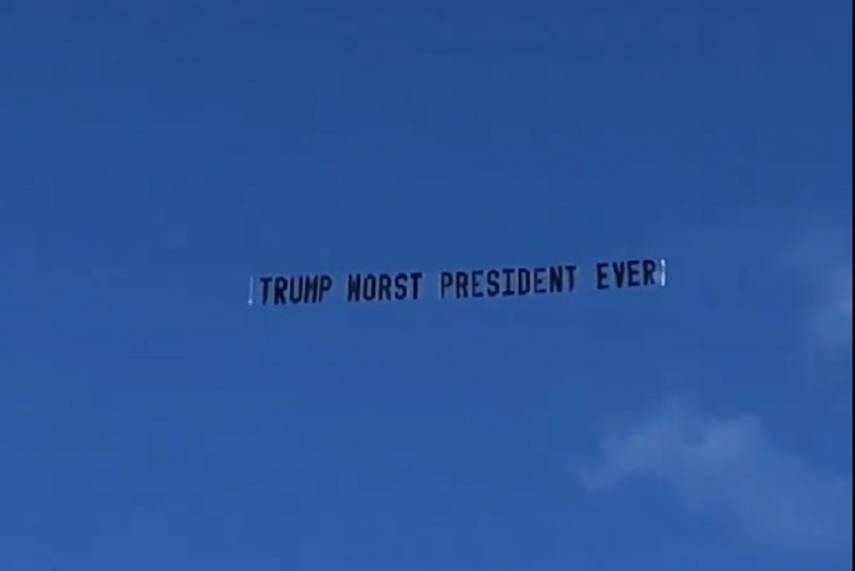 It hasn’t been a banner year for former President Donald Trump.

A banner, apparently flown near Trump’s Mar-a-Lago resort in Florida on Sunday, ripped the ex-commander-in-chief, reading “TRUMP WORST PRESIDENT EVER,” according to images shared on social media.

The banner can be seen trailing behind a plane in a video shared Sunday by Twitter user Daniel Uhlfelder.

In a separate tweet by Uhlfelder, a photo also shows a banner reading “TRUMP YOU PATHETIC LOSER GO BACK TO MOSCOW.”

“Trump is getting warm welcome from the skies near Mar-a-lago today,” Uhlfelder tweeted.

Trump, whose presidency officially ended last week after four years in the Oval Office, returned to Florida from Washington, D.C., on Wednesday.

He did not attend President Biden’s inauguration in the Capital that day.