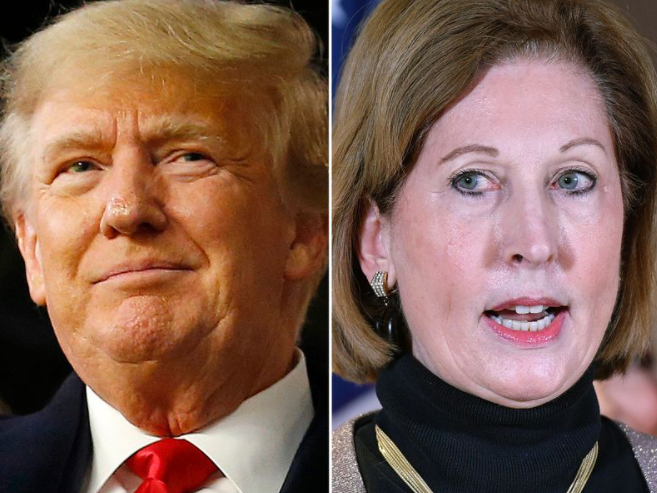 Former President Trump reportedly verbally agreed to appoint conspiracy theorist Sidney Powell as a special counsel to push his false claims of voter fraud in the 2020 election that he lost.

In December 2020, the president told Powell and other informal advisers that he planned to name her to the post as he also mulled signing a draft executive order to seize voting machines in battleground states, the Guardian reported Friday.

Even though Trump was eventually talked out of taking the outrageous steps, the revelations show how seriously he pursued the unconstitutional scheme to overturn the election results and stay in power.

A low-level aide ushered the group into the Oval Office despite not having appointments, a possible violation of security protocols.

Trump told Powell he intended to appoint her as special counsel with a broad mandate to spearhead his bogus vote fraud claims, which would be framed as an effort to investigate possible “foreign interference” in the election.

Other aides pushed back against the idea, with White House counsel Pat Cipollone warning Trump he did not have the authority to make the appointment or sign the order directing troops to seize voting machines.

After the meeting, Cipollone again warned Trump against following up on either step, pointing out that Powell would be unlikely to obtain a needed security clearance to be a special counsel. The report said that Trump responded that he could overrule security officials and grant her one.

Despite the objections, Powell believed Trump had made the appointment at the apparently chaotic meeting. She even followed up with Chief of Staff Mark Meadows to demand office space for what she thought would be her new role.

Powell is one of the most extreme and controversial of Trump’s legal advisers. She was kicked off his “legal strike force” by Rudy Giuliani, who is himself facing a federal criminal probe for his dubious effort to dig up dirt against Biden in Ukraine.

She faces a multi-billion dollar defamation lawsuit filed by Dominion Voting Systems, the company she has accused of rigging machines in a far-fetched plot linked to onetime Venezuelan strongman Hugo Chavez.