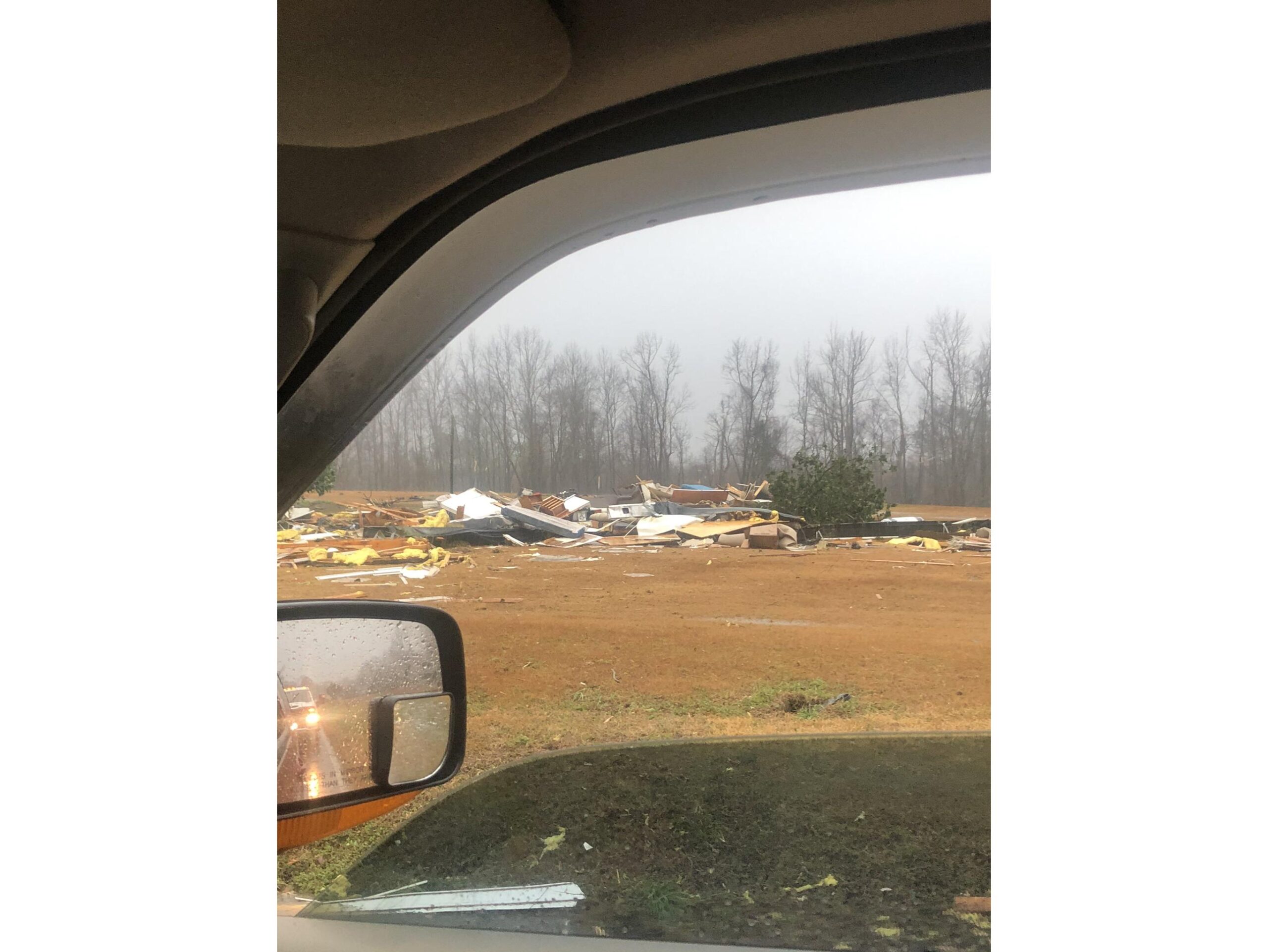 At least one person was killed and several more were injured when severe storms hit west Alabama on Thursday.

A tornado touched down in Hale County, and a deceased woman was pulled from beneath a home, officials told local Fox affiliate WBRC.

First responders were still working Thursday night to take stock of all the damage.

Hale County Commissioner Patti Rhodes told WBRC she’d investigate the full extent of the storm “as soon as I get this tree off our driveway.”

Hale County, which sits about 80 miles west of Montgomery and has a population of about 14,500, appeared to take the brunt of the storm.

Several homes were damaged, and multiple vehicles were pictured almost totally submerged by floodwater near the town of Sawyerville, which is home to around 2,000 people.