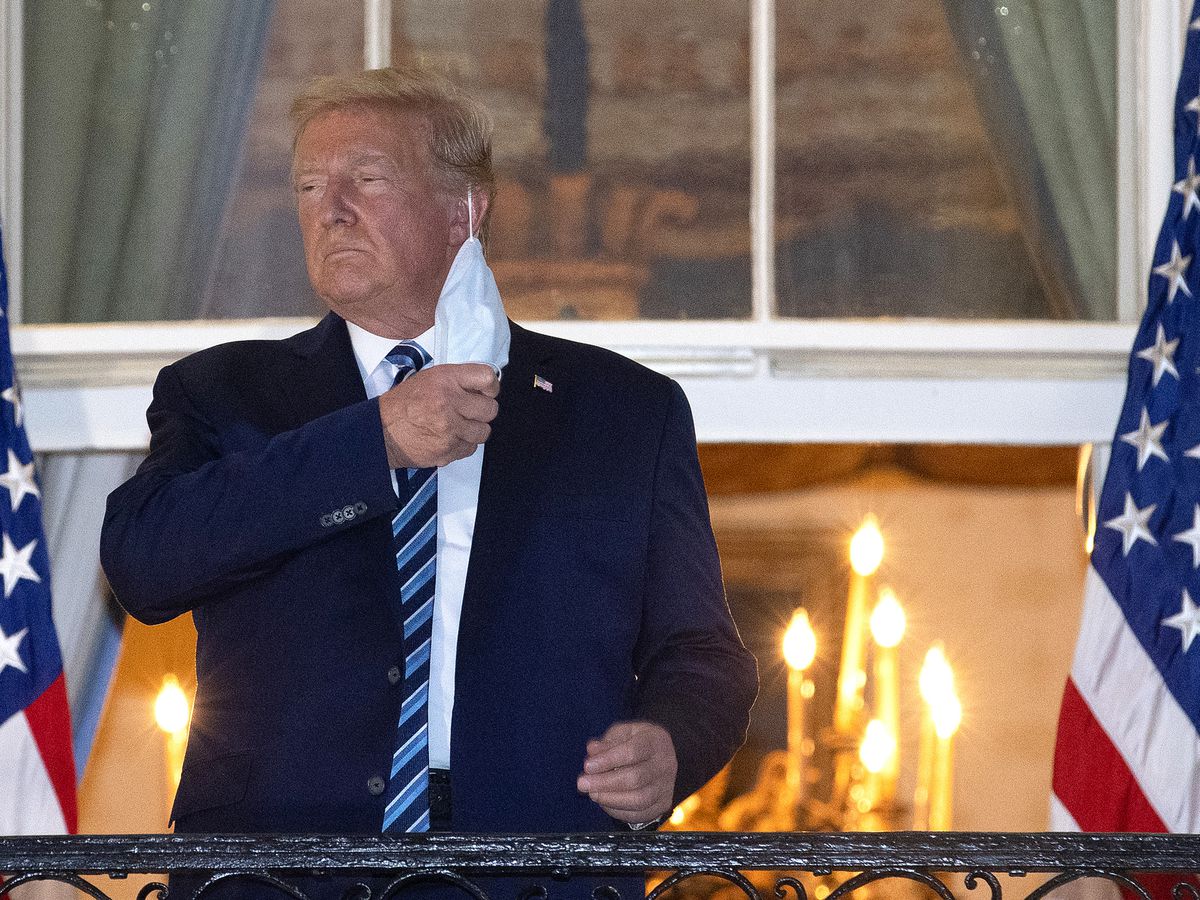 He’s ba-a-a-ck — and tweeting more lies about COVID-19 and promising to return to the campaign trail.

President Trump vowed Tuesday to return to the debate stage next week despite his coronavirus infection.

“I am looking forward to the debate on the evening of Thursday, October 15th in Miami. It will be great!” Trump said.

The vow to spar with Democrat Joe Biden came after Trump erroneously claimed on social media that coronavirus is “far less lethal” than the flu on his first morning back at the White House after being hospitalized for three days with the deadly virus.

Although still contagious, Trump reverted to his default position that the danger of the pandemic has been blown out of proportion, despite a death toll that has soared over 210,000 Americans on his watch.

“We have learned to live with (the flu), just like we are learning to live with Covid, in most populations far less lethal!!!” Trump tweeted.

Contrary to Trump’s claim, COVID-19 is proven to be a much potent killer than the seasonal flu, particularly among older people. It also appears to have far more serious long-term impacts on the health of even younger people it infects.

The Republican president’s comments come just hours after his dramatic staged-for-television return to the White House Monday night in which he ripped off his face mask on a flood-lit balcony, making it clear that he has little intention of abiding by best containment practices.

He was seen walking inside the White House and surrounded by numerous people as he taped a video message urging Americans not to fear a virus that has killed more than 210,000 in the U.S. and 1 million worldwide

“Don’t be afraid of it. Don’t let it dominate your life,” he tweeted in a message.

It’s not the first time a White House has had to contend with a virus. During the flu pandemic of 1918, President Woodrow Wilson was infected as were members of his family and White House staff, including his secretary and several Secret Service members, according to the White House Historical Association.

So were two sheep who spent their days grazing on the South Lawn. They were hospitalized but recovered.