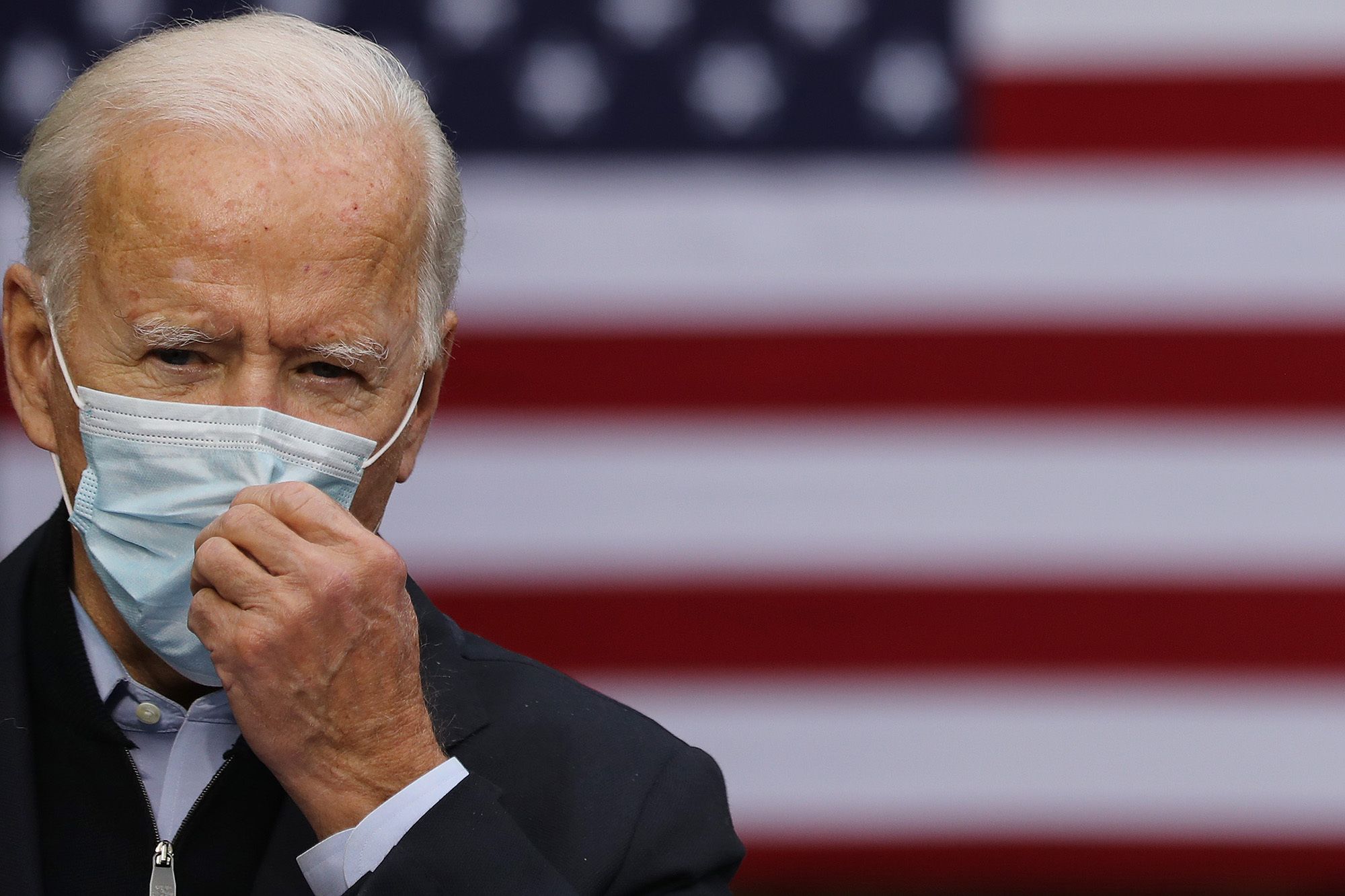 President Trump is in the hospital for COVID-19, but that didn’t stop one of his top campaign staffers from taking a nasty shot at Democratic presidential candidate Joe Biden over his use of masks.

“With regard to Joe Biden, I think too often he’s used the mask as a prop,” Trump’s senior campaign adviser Jason Miller said Sunday on ABC’s “This Week.”

“A mask is very important, but even if he’s — he could be 20, 30 feet away from the nearest person and still have the mask on,” he continued. “That’s not going to change anything that’s out there.”

The jaw-dropping comments came as the president was in Walter Reed National Military Medical Center for the third straight day Sunday. Trump’s doctors said the president’s condition had “improved,” but divulged that he had to be put on oxygen over the weekend and received a steroid.

“With Joe Biden, I mean, we can’t all just stay in our basement for the rest of our lives,” Miller ranted. “We have to get out there and live our lives and take this on, develop the vaccine, develop more therapeutics, and defeat it.”

The candidate tested negative for COVID during the week, and one of his advisers said Sunday the campaign isn’t concerned about his health.

“What I want to communicate is we are not concerned because we are being safe,” Symone Sanders said on CNN.

“On the debate stage, President Trump mocked Vice President Biden for his wearing of a mask,” she added. “Many folks have mocked our events, our 6-feet circles … those are there to keep folks safe.”

Asked whether the campaign has a plan for if Biden tests positive, Sanders dodged the question, saying the candidate plans to keep following federal guidelines.