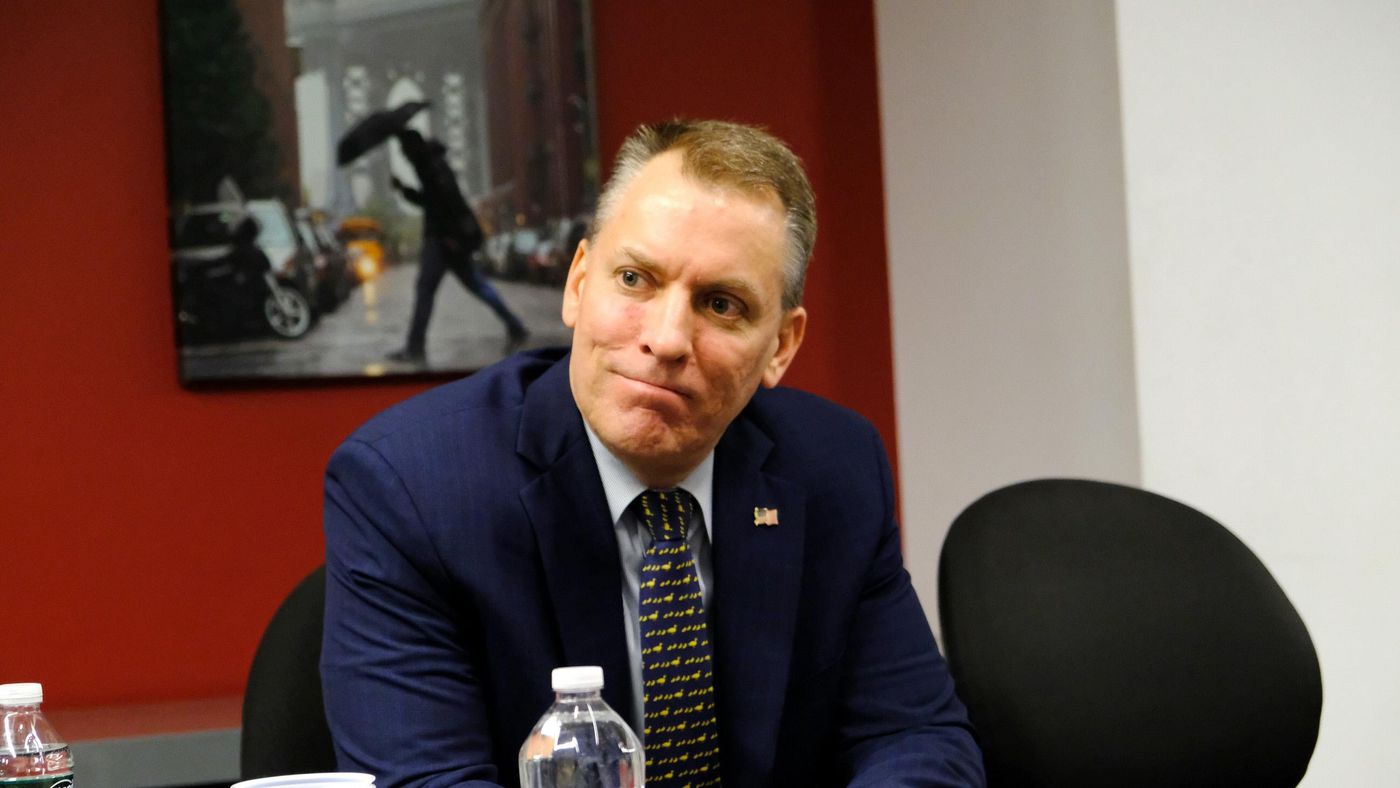 “I’ll be honest with you, I stopped watching those press conferences a long time ago,” Shea said on NY1 Tuesday morning when morning anchor Pat Kiernan referenced the press conferences in a question about mask enforcement in COVID-19 hot zones.

De Blasio and Gov. Cuomo began holding the briefings — which can last about two hours — when the coronavirus pandemic hit the city in March. The governor scaled back his briefings to every other day over the summer.

Shea said cops are out in the city’s COVID hot zones to encourage people to comply with rules regarding face coverings.

“It’s about education,” Shea said. “Certainly people can get summonsed, but we think there’s a better way to do that.”

The department is also educating its own members about wearing masks. After repeated complaints about cops not wearing masks in the streets, the department sent out a memo last week ordering cops to wear them. NYPD Chief of Department Terence Monahan also put out a video cops can view on their smartphones explaining the importance of wearing masks.

“I think it’s something that has improved,” Shea said. “Can you find an officer (not wearing a mask)? Absolutely. But I think you can find someone basically in any walk of life across New York City in multiple jobs not wearing masks.”

Additional discipline is “on the table” for cops not wearing masks, Shea added.

“We take it very seriously and that was the message we put out last week,” he said.

The NYPD’s response to COVID clusters, as well as ongoing protests throughout the city, have pulled cops away from everyday police work — at a time when police officers are at a premium. A lot of cops are putting in for retirement with no replacements in sight, Shea explained.

“We’re seeing significant attrition,” he said, adding that because of budget cuts two NYPD academy classes have been cancelled. “We’re waiting to see what will happen but I tell people that reinforcements are a minimum of six months out.”

“It’s going to get worse before it gets better,” Shea added. “We have to tighten our belts and make tough decisions. These are not normal times by any stretch of the imagination.”