Trump says he would’ve gone to Biden’s inauguration — if only to spite Sen. McConnell 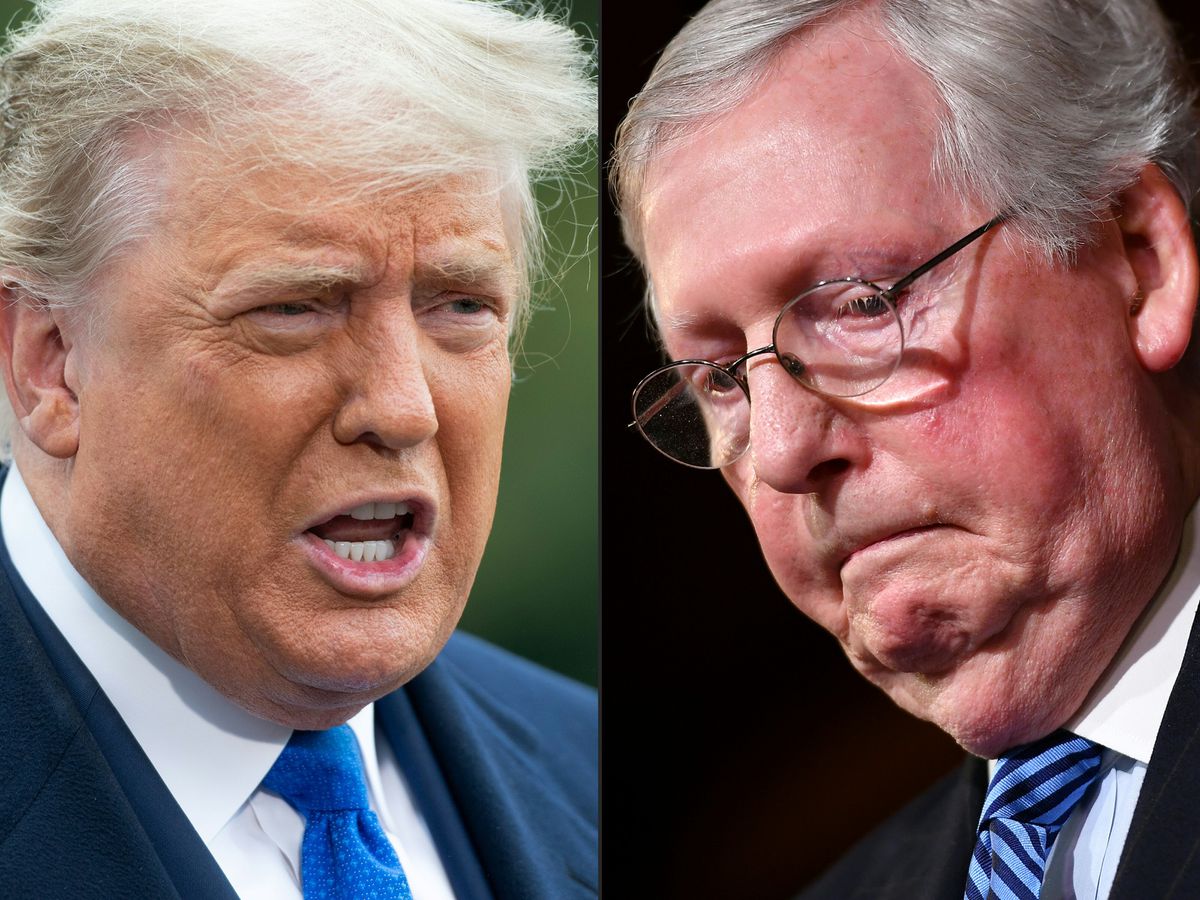 Former President Trump says only one thing could’ve made him go to President Biden’s inauguration: His dislike for Sen. Mitch McConnell.

The ex-president denied knowing anything about McConnell’s effort to get Biden or other officials to bar him from attending the Jan. 20 swearing-in of Biden.

“I would never have agreed to go to Joe Biden’s Inauguration. This decision was mine, and mine alone,” he said in an email message. “The old broken-down Crow, Mitch McConnell, had nothing to do with it.”

Contradicting himself, Trump then asserted he would’ve considered making a U-turn and attended if he had known McConnell was trying to block him.

“Actually, if he ever did get it signed, I probably would have held my nose and gone,” Trump said in the same message.

Trump and McConnell had fiercely feuded for weeks after Biden’s win in the November 2020 elections. The split deepened after Trump incited a crowd of his supporters to storm the Capitol on Jan. 6.

After the attack, it was unclear if Trump would attend Biden’s inaugural like every previous outgoing president or shun the event.

According to a new book by ABC News journalist Jonathan Karl, McConnell sought to line up support for a move to bar Trump from attending, perhaps fearing he would disrupt the historic event.

In the end, Trump was a no-show at the Biden ceremony.

McConnell says Trump is undermining GOP’s hopes of retaking Congress by refusing to drop his false claims that the 2020 election was stolen from him.