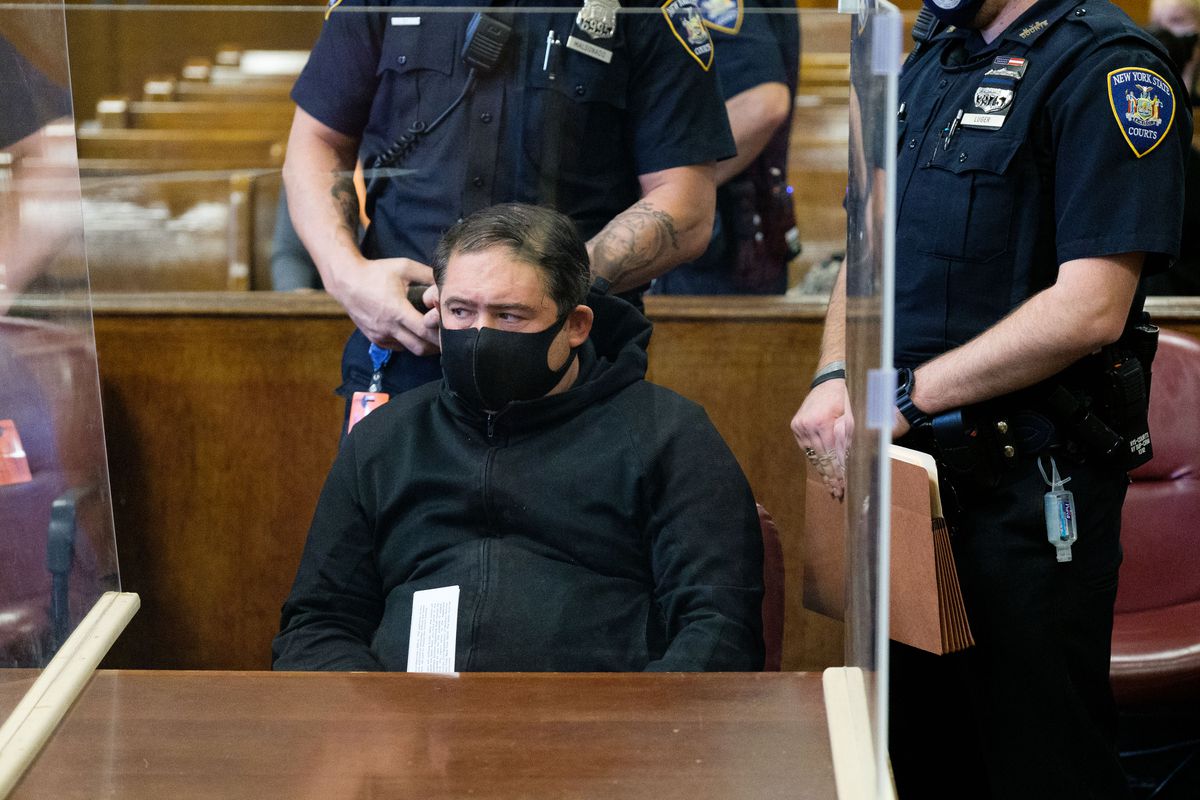 A music executive who filmed himself sexually molesting women while they slept — including neighbors whose home he broke into at their Battery Park City high-rise in 2015 — was sentenced to four years in prison Monday, outraging his victims.

The victims included a 22-year-old receptionist at AEG, two sisters who shared an apartment in Battery Park City, and a woman he met at New York Fashion Week.

Three of the four victims recounted the disturbing assaults at Lublin’s sentencing in Manhattan Supreme Court.

“How long were you playing with my dead body laying there?” one woman said about waking up at Lublin’s apartment on Sept. 10, 2015, after meeting him at a New York Fashion Week event with no idea how she got there.

“You’re now and always have been a rapist. I hope you get what you deserve in jail.”

The woman also recalled testifying before a grand jury in 2019, when Manhattan prosecutors sought an indictment against Lublin — and seeing footage Lublin had shot of the sexual assault while she was sleeping.

“Having to go and testify in front of a jury of 30 to 50 people and watch videos of you touching me and putting your fingers inside of me while I’m laying hopelessly dead” was traumatizing, she said.

Prosecutors had asked Lubin, who’s been out on $1.2 million bail since his September 2019 arrest, to be sentenced to 10 years. In August, the former AEG exec pleaded guilty to two counts of second-degree burglary as a sexually motivated felony and two counts of first-degree sexual abuse.

Manhattan Supreme Court Justice Laura Ward said she reached her sentence after “multiple discussions with the prosecution and the defense.”

“Honestly, I don’t think four years is nearly enough,” said the victim assaulted after the Fashion Week event. ”I’m glad I could help by adding in a year. I see they’ve put four years, one for each survivor. It makes me wonder what year is gonna be mine.”

“I would say to the court, I don’t think that’s fair. I think you could have done better,” she said.

Lublin’s last known victim, who lived with her sister in Lublin’s Tribeca Pointe building at 41 River Terrace, recounted that “I woke up that night with someone’s hands in my vagina.” Lublin assaulted both sisters on Sept. 8 and Sept. 15, 2019, in separate incidents, after burglarizing their apartment.

One of the sisters said he’d never spoken to either of them, adding: “It still haunts me. All the time.”

His first victim was a 22-year-old receptionist who’d just began working for AEG when he sexually assaulted her in November 2015, after asking if he could stay at her apartment on E. 79th St. to catch an early morning flight at LaGuardia airport.

The former receptionist said she was initially too frightened to complain to AEG’s human resources, though she did eventually. It was unclear if Lublin’s departure from the entertainment company was related to her complaint.

“I will never forget the sheer terror I felt that night. I remember for a moment waking up, motionless, with my eyes closed in fear. You hovering beside my body, grossly violating me,” she said in her statement, describing how Lublin stood up and ran after she began screaming.

“You were oblivious to my discomfort, nonchalantly speaking to me, making me file your expenses,” she continued, describing Lublin’s office demeanor after the assault.

Lublin, wearing a black hoodie, blue sneakers, and sweats at his sentencing, offered a brief statement to the court — without looking at, or addressing the victims.

“I rely on my statement at the time of my plea, and I apologize to all my victims. I’m sorry,” he said. “I’m really sorry.”