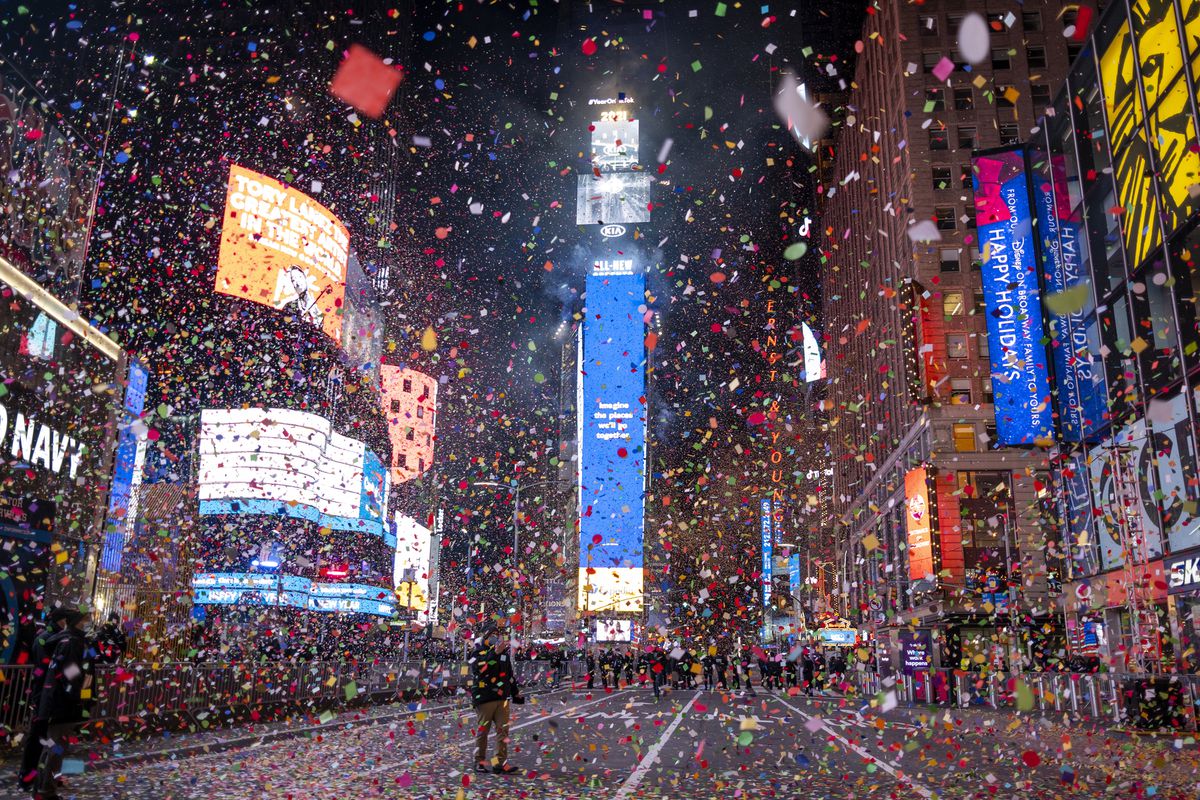 It’s the least likely venue for social distancing, but city officials say they are going ahead with plans to ring in the New Year the old fashioned way — with crowds in Times Square to watch the ball drop.

After the COVID-19 pandemic forced party planners to cancel the 2021 celebration, organizers are bringing the blowout back, complete with crowds, carousing and a big crystal ball.

“We want to have a great New Year’s Eve celebration in this city,” Mayor de Blasio said Monday. “This city has been through so much, but this has been a heroic city, fighting through COVID. We’re turning the corner. We’ve got a lot to celebrate. So, it’s going to be a big moment in Times Square on New Year’s Eve.”

De Blasio promised more specifics on just how the city plans to safely squeeze thousands of people behind barricades to safely kick off yet another year under the shadow of a global pandemic that still has the city in its grip.

But party plans are likely to hinge on the same controversial vaccine mandate that has kept some first responders off the job and forced confrontations at bars and restaurants.

A source familiar with the event planning said revelers will be required to show proof of full vaccination to enjoy the Times Square ball drop celebration in-person. That’s up from the one-dose requirement already in place.

“There’s a large pool of people who want to come. There’s a lot of pent-up demand,” the source said. “I think there can be pre-pandemic crowds.”

Last year’s celebration was shut down for the first time in 113 years as pandemic-weary revelers were forced to settle for a virtual celebration.

That decision marked the first time the ball didn’t drop since World War II, when the wartime “dimout” of lights in New York City forced its suspension in 1942 and 1943.

“We expect a large, wonderful celebration,” the mayor said. “We’re going to have some clear smart rules to keep everyone safe. And again, a little patience – by tomorrow, we’ll unveil all the specifics. Working out some final details with all the stakeholders involved, but expect a great moment in Times Square on New Year’s Eve.”