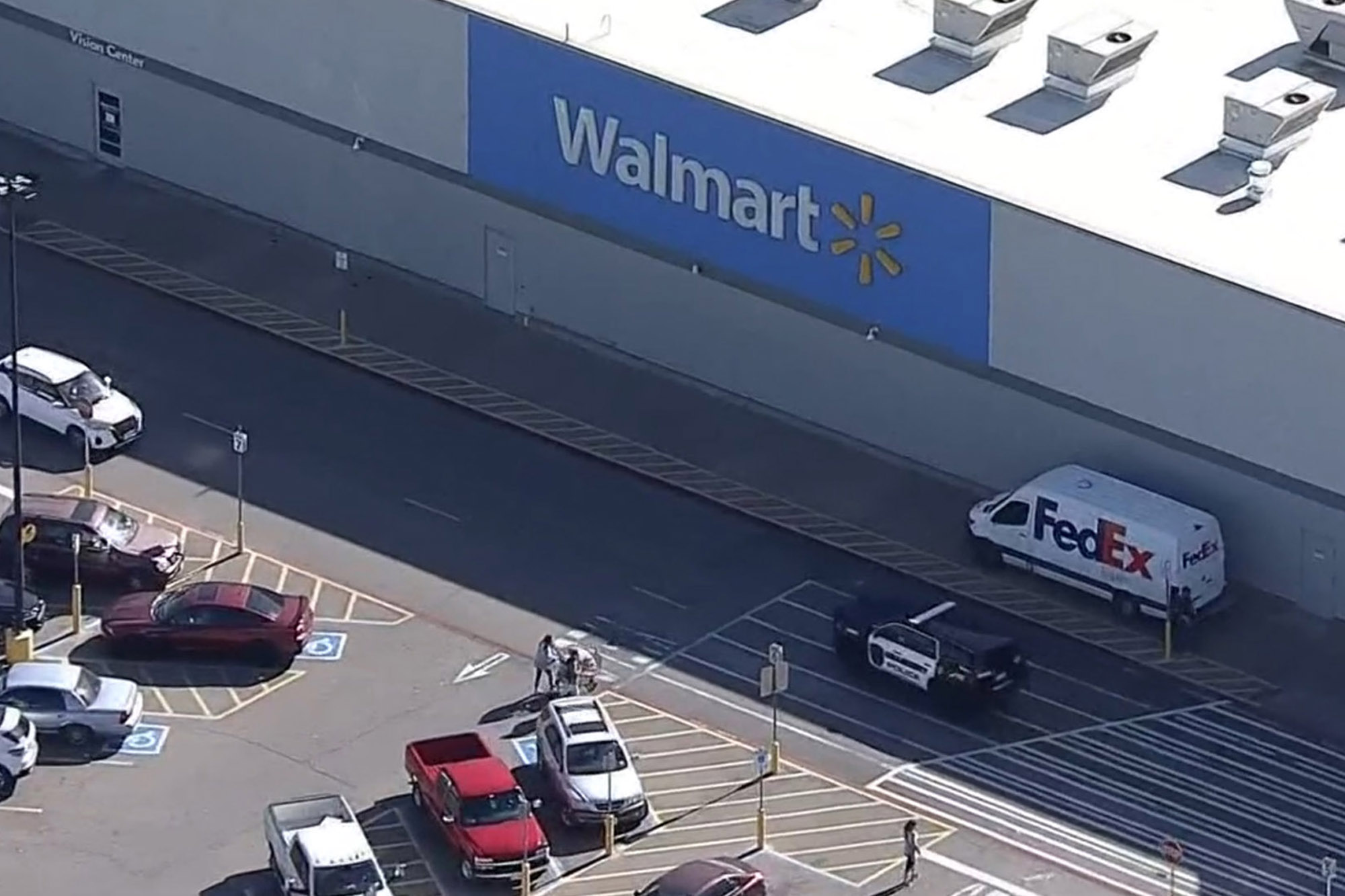 A 2-year-old sitting in a car outside of a Texas Walmart managed to get hold of a handgun and then shot their mother and 18-month-old sibling by mistake, police said.

The accidental shooting unfolded in the city of Granbury, about 40 miles southwest of Fort Worth, around 11:25 a.m. Wednesday, according to a Facebook post from authorities. Investigators said the firearm was tucked between a seat and the center console in a vehicle occupied by the two children.

Neither of their parents were in the car when the gun went off — their 23-year-old mother was standing outside the driver side door while their father was lingering near the rear of the truck.

Authorities said as the 2-year-old pulled the weapon from its hiding spot, it discharged a single time

“The bullet went through soft tissue in the (1½-year-old) child’s leg, through the mother’s arm, and into her side in her chest area,” police said.

The mother was transported by helicopter while her child was taken by ambulance to Fort Worth Hospital, but neither was wounded severely, said police Lt. Russell Grizzard.

The incident remains under investigation and authorities have not yet determined whether any charges will be filed.