Trump heads to N.C. to tout COVID-19 vaccine progress and shore up support 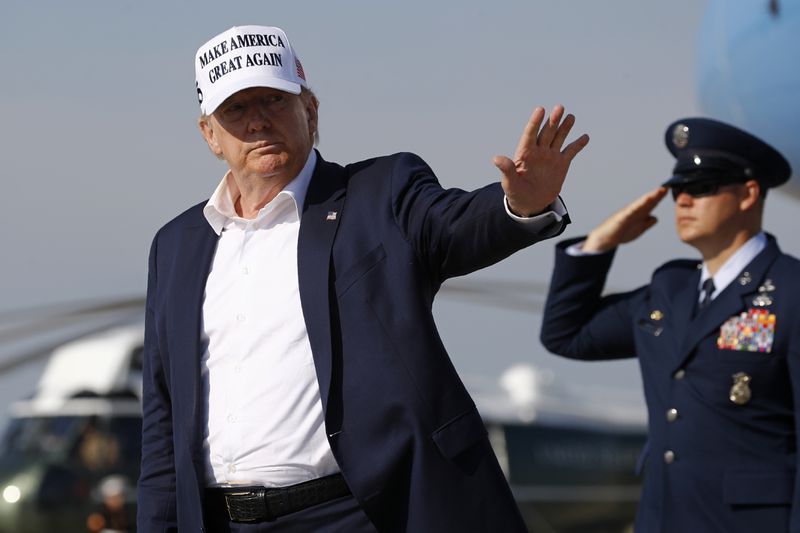 President Trump is set Monday to visit a North Carolina biotech firm to highlight progress towards a vaccine for COVID-19.

The trip is also a chance to bolster his sagging political fortunes in a state that’s a must-win battleground for him in November.

The FUJIFILM Diosynth Biotechnologies’ Innovation Center that Trump will tour is manufacturing key components of a vaccine candidate as part of the effort to get a vaccine ready as soon as possible.

Trump may hope to showcase his newfound serious tone about fighting the pandemic, which has now sickened 4 million Americans and killed nearly 150,000.

He also wants to stop the political bleeding in a state that he needs to win to have any realistic chance of defeating Democrat Joe Biden.

A new NBC poll Monday showed Trump trailing Biden by a gaping 7% in the Tarheel State. Sen. Thom Tillis (R-N.C.) is trailing by even more in his bid to hold onto a seat that Democrats are now confident of flipping.

Ironically, the facility Trump is touring is in the well-educated Research Triangle region of the state that is Ground Zero for his political implosion.

Formerly GOP-leaning demographic, college-educated suburban voters now increasingly blame him for botching the response to the pandemic. That dynamic is one of the key factors leading to Trump’s falling decisively behind Biden in the polls with fewer than 100 days before Election Day.