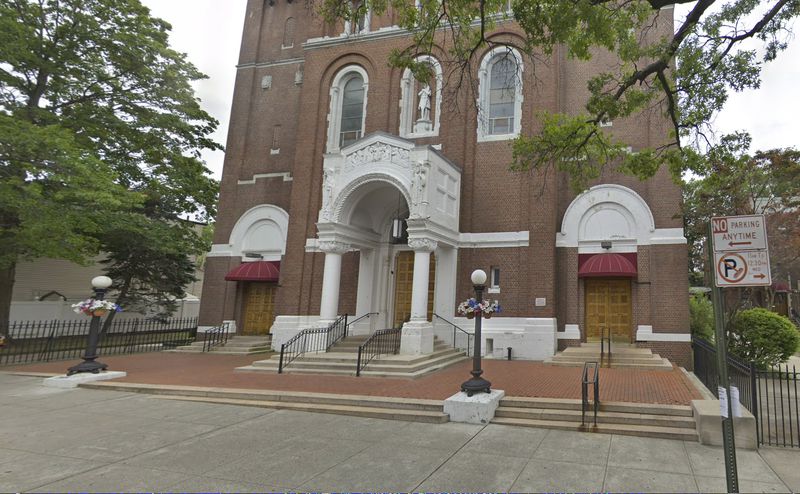 The pastor of a Queens church was accused Wednesday of vile sexts with a 15-year-old boy in Westchester.

“How would you like to be spoiled by your grandpa?” Hughes allegedly asked. “That makes me your sugar daddy….And you’re the sugar baby, lol.”

The teen sent Hughes three images of his privates in February, prosecutors say.

Hughes, who headed the Catholic church in Glendale, lied and told the teen he was a part-time college professor and counselor, prosecutors said. The perv priest met the teen through Grindr, according to prosecutors.

“The allegations against Francis Hughes are chilling and frightening to any parent. A person who, by the nature of his profession, is presumed to be trustworthy allegedly victimized a child,” acting Manhattan U.S. Attorney Audrey Strauss said.

A spokeswoman for the Diocese of Brooklyn said Hughes had been removed from his post.

When confronted Wednesday morning, Hughes admitted he believed he was texting with a boy, according to a criminal complaint.

Chillingly, Hughes also allegedly admitted he’d had a sexual encounter with an individual he believed to be 15 years old at a Queens school.

“Hughes also stated that he had, on numerous occasions, attempted to meet with minors for sexual encounters,” the complaint reads.

A person who answered the phone at St. Pancras declined to comment. The name of Hughes’s attorney was not immediately available.

Hughes faces one count of receipt of child pornography, which carries a mandatory minimum sentence of five years in prison and a maximum of 20 years.

Authorities asked for any other victims of the twisted priest to contact the FBI.

“We expect adults, especially those in positions of trust like Francis Hughes, to protect our children, not victimize them. Sadly, these allegations demonstrate there are still predators out there who abuse this trust. If you or anyone you know may have been a victim of Rev. Hughes, we are asking you contact us at 1-800-CALL-FBI,” FBI Assistant Director William Sweeney Jr. said.