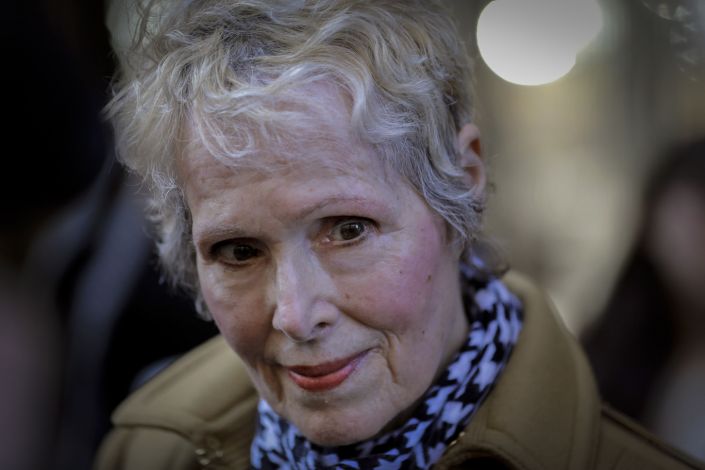 President Trump continues to try every trick in the book to avoid E. Jean Carroll’s lawsuit accusing him of rape in the 1990s, a lawyer for the writer said Friday.

Carroll’s legal team remained frustrated with the conduct of Trump’s lawyers, two months after a judge denied the Justice Department’s bid to represent the President in the case.

In the latest maneuver, Trump’s lawyers sought a last-minute delay of a hearing while they pursue an appeal, along with the Justice Department, of the ruling booting federal prosecutors from the case.

“Mr. Trump sure seems desperate to avoid the justice system. That desperation is a sign of weakness and fear,” Carroll attorney Joshua Matz said.

He said Trump’s legal team engaged in “gamesmanship that gives the rest of us lawyers a bad name.”

Manhattan Federal Judge Lewis Kaplan hinted he was inclined to allow Carroll and Trump to exchange evidence as the appeal proceeds. But the judge did not issue a ruling.

Carroll went public last year with allegations that Trump raped her inside a Bergdorf Goodman department store in the 1990s. Trump responded by calling her a liar and declared she was “not my type.”

Her lawsuit accuses Trump of defamation and is seeking a DNA sample from the Republican president to see if it matches genetic material on a dress she wore during the alleged assault.

“With each step forward in my lawsuit against Donald Trump, Trump’s lawyers try to drag the case three steps back. More than a month ago, a federal judge told the DOJ that they couldn’t take over Trump’s defense, and Trump was soon going to have to turn over documents and give his DNA. Late yesterday, Trump tried to put this case on hold once again. I won’t be silenced, and I look forward to having my lawyers respond to Trump’s latest attempt to deny me my day in court,” Carroll said in a statement through her attorneys.