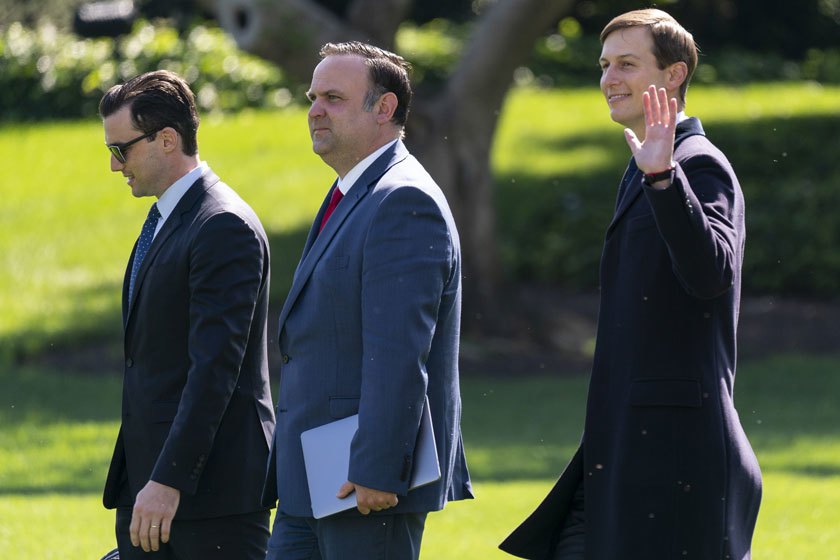 Nicholas Luna, a close aide to President Trump, has tested positive for coronavirus.

According to Bloomberg, Luna tested positive less than 24 hours after Trump was hospitalized at Walter Reed National Military Medical Center.

Luna was photographed walking with fellow White House advisers Dan Scavino, Jared Kushner, Stephen Miller, and Hope Hicks to Marine One on Wednesday, the same day Hicks reportedly tested positive. None of them were wearing masks at the time.

Luna, a “body man,” works closely with President Trump and travels with him frequently.

According to the Los Angeles Times, Luna traveled with the president to Cleveland for Tuesday’s debate and was aboard Air Force One Wednesday during the flight where Hope Hicks began exhibiting symptoms.

A number of White House officials and prominent Republicans have tested positive for coronavirus in recent days.