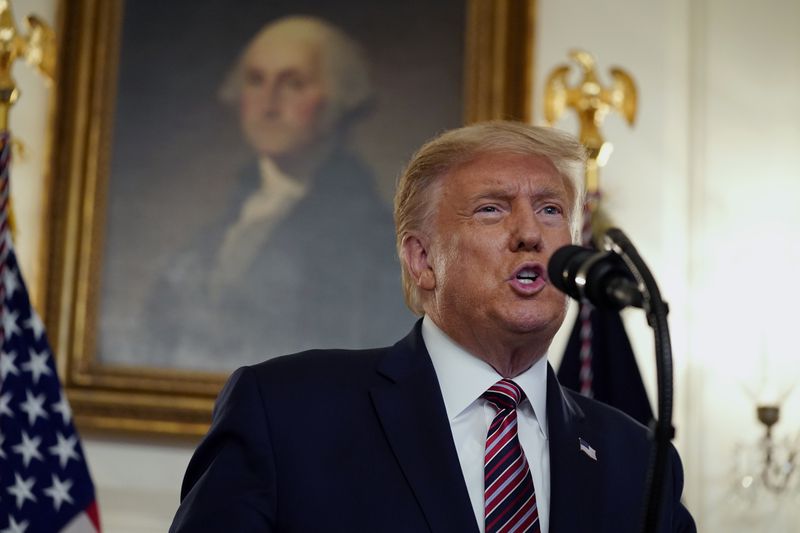 President Trump added three of the most conservative members of the Senate to his list of potential Supreme Court picks on Wednesday — but one of the lawmakers quickly asked to be removed from consideration.

In a press conference from the White House, Trump unveiled a list of 20 new names that he said he would consider for a Supreme Court seat “should there be another vacancy” during his presidency that included Sens. Ted Cruz of Texas, Tom Cotton of Arkansas and Josh Haley of Missouri.

“All will hold and uphold the Constitution as written,” Trump said.

But Hawley said he had already told Trump that he’s not interested.

“I appreciate the president’s confidence in listing me as a potential Supreme Court nominee. But as I told the president, Missourians elected me to fight for them in the Senate, and I have no interest in the high court,” Hawley tweeted minutes after Trump’s announcement. “I look forward to confirming constitutional conservatives.”

Cruz and Cotton did not immediately react to Trump’s announcement.

A White House spokeswoman did not return a request for comment on why Trump named Hawley despite his stated disinterest.

The 19 additions mean Trump’s list of potential Supreme Court picks now has 43 names on it.

Most of the potential appointees are relatively young, staunchly conservative Republicans who, if added to the Supreme Court, could serve decades on the bench and fundamentally remake its political dynamic.

In his remarks from the White House, Trump sought to add a political undertone to his announcement by calling on Joe Biden to follow his lead.

“Joe Biden has refused to release his list, perhaps because he knows the names are so extremely far left that they could never withstand public scrutiny,” Trump said. “He must release a list of justices for people to properly make a decision as to how they will vote.”

Justice Ruth Bader Ginsburg, an avowed liberal, is the court’s oldest member at 87 and has been battling cancer for years, prompting much speculation about whether Trump will get another appointment.