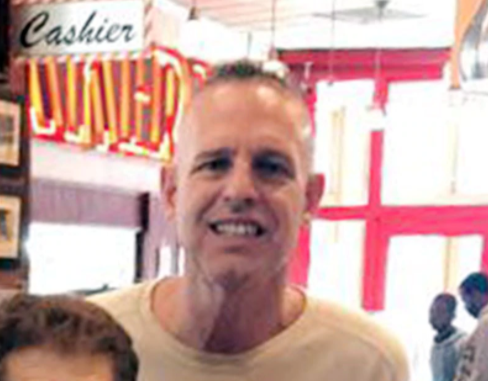 A suspect charged with the murder of a 62-year-old neighbor walking his dogs in Brooklyn was ordered held without bail Wednesday.

George Vayos, 52, said little as prosecutors described an argument between him and victim Michael Scully early Monday on 74th St. near 7th Ave. in Bay Ridge before the shooting started – the bulk of it captured on security video.

“The defendant and the victim got into a dispute and the defendant shot at the victim,” prosecutor Wilfredo Cotto said in court. “There was a search warrant executed and a gun and the clothing the defendant wore at time of the incident were recovered inside the defendant’s apartment.”

Vayos allegedly pumped several rounds into Scully, striking him in the head and shoulders. The victim staggered back to the front of his home and collapsed. He was rushed to NYU Langone Hospital – Brooklyn but couldn’t be saved.

Detectives tracked Vayos down by tracing his movements after the shooting back to his home a few blocks away via security cameras, a police source said.

Father Norman Bennett, 75, of Our Lady of Perpetual Help, told the Daily News Scully loved pranks and throwing picnics at his home. “He knew so many people,” he said. “He would have made a great politician.”

Scully suffered a blow when a woman he planned to marry died of cancer two years ago. “It was very heavy for him,” Bennett said.

He would never miss mass on Wednesday afternoons, Bennett said.

“Their house was like an open house,” Bennett said. “All the children in the neighborhood, they all came to that house and were welcome.’

Vayos left behind a long trail of mostly low-level arrests in Pinellas County, Florida, dating to the 1990s and early 2000s. He was charged with arson there in 1994 but acquitted, records show. He was also acquitted in an assault case from that era.

In New York City, Vayos has 14 prior arrests, including an assault in 2005 in Brooklyn. Several of his arrests are sealed. A relative of his reached by phone in Florida declined comment.