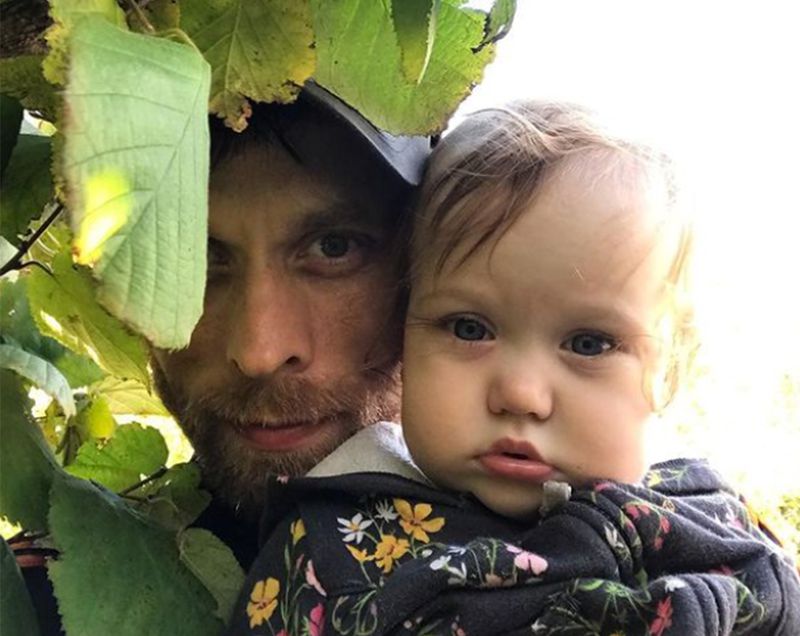 The troubled son of renowned author Paul Auster was arrested Friday night for the Brooklyn drug overdose death of his 10-month-old daughter while he was watching the infant last November, police sources said.

Daniel Auster, 44, claimed that he awoke after falling asleep with little Ruby napping on his chest to find the lifeless child inside a Park Slope apartment back on Nov. 1, police sources said.

While an initial autopsy showed no signs of physical or internal trauma, subsequent toxicology tests determined the infant was killed by an overdose of fentanyl and heroin, sources indicated. Auster, who was awaiting arraignment in Brooklyn Criminal Court, was charged with manslaughter and criminally negligent homicide.

A high-ranking police source said the suspect made some incriminating statements. According to sources, Auster called 911 and performed CPR on Ruby before cops arrived five months ago, with the child pronounced dead at Methodist Hospital.

A police spokesman couldn’t say Saturday how Ruby was exposed to the drugs, but noted she was in the father’s care while the child’s mother was at work.

His father is the acclaimed author of “The New York Trilogy,” “The Book of Illusions,” “The Music of Chance” and “Moon Palace,” and wrote the screenplay for the 1995 Wayne Wang film “Smoke.”

“No, I don’t want to talk about it” Paul Auster told reporters on Saturday. “Will you please go away?”

Auster’s name surfaced in the infamous 1996 “Club Kid Killing” of Andre “Angel” Melendez, and he pleaded guilty to stealing $3,000 from the murder victim’s body. Michael Alig and his roommate Robert Riggs pleaded to manslaughter in the killing and dismemberment of the reputed Manhattan club scene drug hustler.

Daniel Auster’s rap sheet includes a handful of arrests in the late 2000s, for drug possession in 2008 and 2010 and petit larceny and possession of stolen property in 2009.