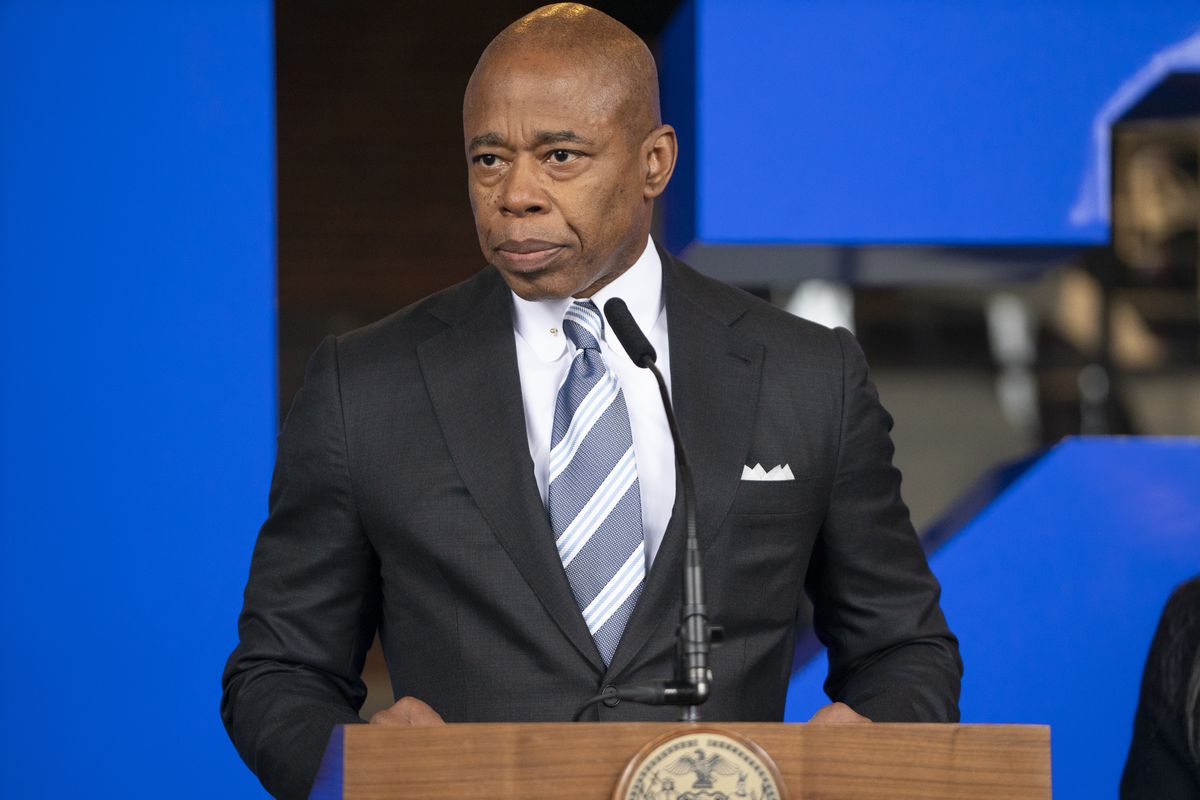 Mayor Adams on Wednesday took a tough tone on crime after a bloody night of shootings across the city, celebrating the arrest of the suspect in the Sunset Park subway shooting, but calling for New Yorkers to meet ongoing street violence with righteous indignation.

More than a dozen people were shot, two fatally, as Tuesday faded to Wednesday in the five boroughs, a stretch that the mayor said called for a consistent message: “Black Lives Matter.”

“Where are all those who stated ‘Black Lives Matter’?” a frustrated Adams asked in an interview on NY1. “Do an analysis of who was killed or shot last night. I was up all night speaking to my commanders in the Bronx, in Brooklyn. The victims were Black.”

The mayor, whose comments seemed targeted in part at progressives who have criticized his public safety policies, added that protesters who demonstrated against police brutality in 2020 should also take to the streets over the wave of violence rattling the city.

“The lives of these Black children that are dying every night matter,” Adams, a former police captain and the city’s second Black mayor, told NY1. “We can’t be hypocrites.”

During Adams’ first months in office, rates of violent crime in the city have continued to surge, eclipsing already elevated pandemic levels.

Based on crime statistics through last week, the city reported an 8% increase in shootings, a 41% surge in hate crimes and a 48% spike in robberies this year compared with the same point in 2021. An 11% drop in murders recorded by the NYPD has hardly soothed New Yorkers.

The mayor has rolled out an aggressive anti-crime platform, reinstating a controversial anti-gun NYPD unit, pushing — largely successfully — for bail reform changes in Albany and ordering sweeps to prevent homeless people from sheltering on the subway and in encampments above ground.

On NY1, Adams expressed irritation that bail reform has received so much attention, and that his work to improve youth employment and foster care have not received equal light.

The mayor also suggested the city will launch “pilot projects” to experiment with nonintrusive detector technology in the subway to target weapons, after the smoky Sunset Park subway shooting on Tuesday that left 10 people with gunshot wounds.

The suspect in that shooting, Frank James, 61, was arrested Wednesday in Manhattan’s East Village. Adams said he could not “say enough about everyday New Yorkers” who assisted passengers after the attack.

“We’re going to make sure that he’s prosecuted,” Adams told NY1. “If all goes well, he will never exit a prison cell again.”