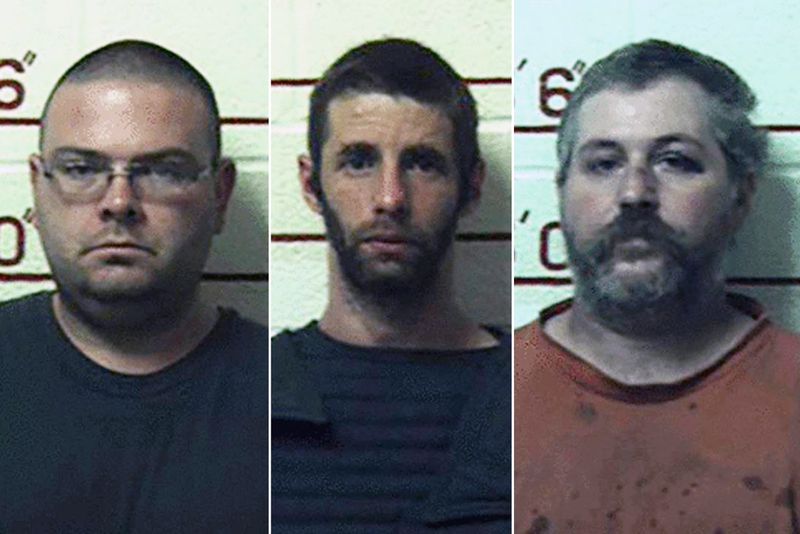 They compounded the years of crimes by recruiting a teenage boy to help them, PennLive reported.

The Pennsylvania men had sex with a cow, a goat, nine horses and an unspecified number of dogs. They also videotaped their crimes.

They were nabbed when the teen, who lived on what reports called the “makeshift farm,” called authorities and helped get them arrested. The boy was taken into protective custody.

Terry Wallace, 42; Matthew Brubaker, 32, and Marc Measnikoff, 36, had all pleaded guilty in Clearfield County court 730 counts of sexual intercourse with animals and as many counts of cruelty to animals, PennLive reported. They were also charged with endangering the welfare of children, and corruption of minors, reported KDKA-TV at the time of their 2018 arrest.

Police said the men lived in rundown campers on a farm, and were molesting their own animals for four or five years. The teen reported the abuse in 2018, telling police the men had engineered a special V-shaped pen “to facilitate the sexual contact,” KDKA reported.

Buttressing the 16-year-old boy’s claim was the discovery of “a large volume of homemade videos, recording equipment and cameras,” KDKA reported at the time.

They were sentenced in April 2019, reported KDKA, with prison terms ranging from 20 to 41 years.

In their appeal, the three said their sentences were too harsh and did not allow for rehab.

Judge Paul E. Cherry had said the complete opposite in his initial opinion, and appeals Judge Emeritus John Bender upheld the sentiments and the sentences.

“A long incarceration will allow [Meansikoff] adequate time to work on his mental health through treatment and time to refrain from said acts so that he may become a healthy, law abiding, and productive member of society,” Cherry said, according to PennLive.