Three men shot, one fatally, in NYC’s first homicide of 2021 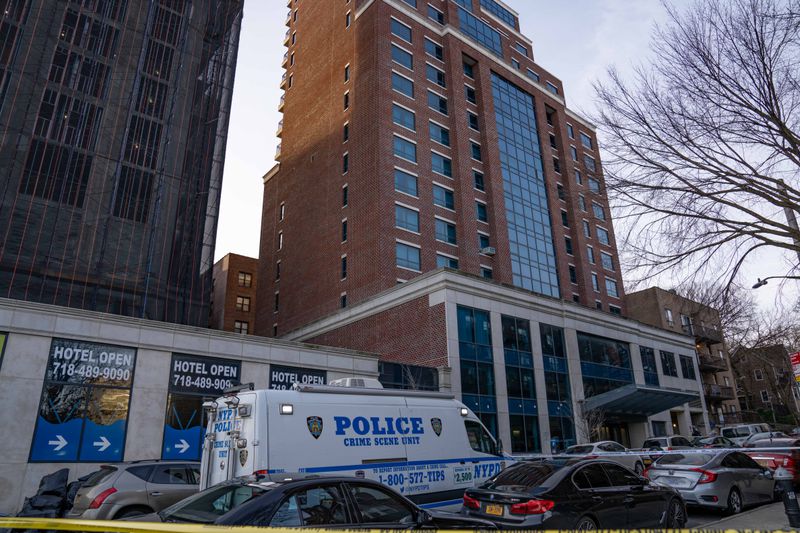 Three men were shot — one fatally — in a Queens hotel early Friday, marking the first homicide of 2021, police said.

The New Year was just an hour old when shots were fired inside the Umbrella Hotel, a hotel that also provides space to the homeless, on Queens Blvd. near 82nd Ave. around 1:10 a.m., a block away Queens Criminal Court, cops said.

One of the 20-year-old victims died of his wounds at NYC Health + Hospitals/Queens.

New York City ended 2020 with a massive uptick in gun violence — with a 97% jump in shootings as of Wednesday night compared to the same date a year earlier.

Murders were also up for the year by 43% as of Wednesday, officials said.