Andy Cohen rants against de Blasio and mayor’s dance during New Year’s Eve show: ‘Do something with this city!’ 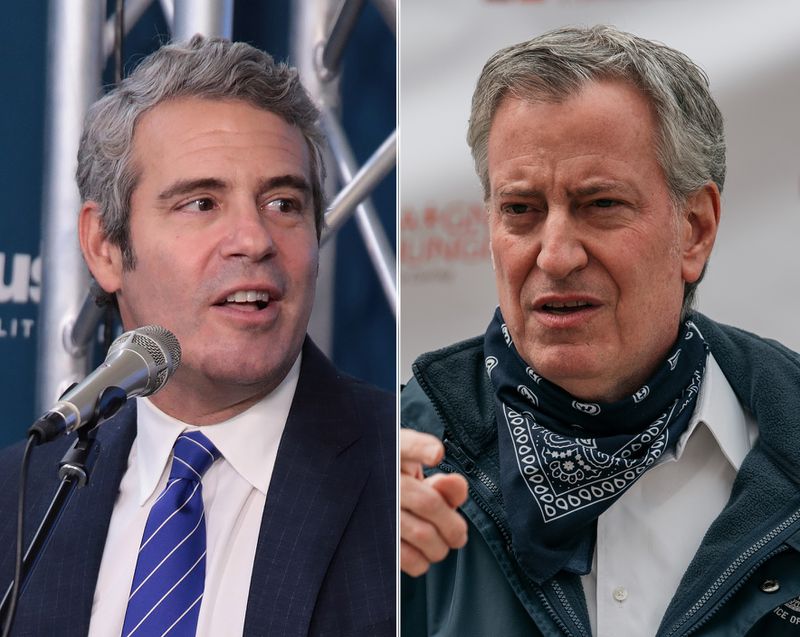 The co-host of CNN’s “New Year’s Eve Live” show started 2021 by going on a boozed-up rant against Mayor de Blasio, dissing Hizzoner’s dance with his wife and begging for him to “do something with this city.”

The Times Square tirade was sparked after the cable network showed a clip of the masked-up mayor and New York City’s first lady dancing after the ball drop.

Cohen agreed about the pandemic-plagued year: “And 2020 is freakin’ gone. We flushed it down the toilet like the fecal mess that it was.”

The pair, in certainly not the first time they’d done this during the special, then picked up shot glasses and clinked them before downing what was inside.

“I’m glad I brought two bottles of this,” Cohen said of whatever beverage they were drinking.

Cooper, seemingly disgusting by what he just drank, then said, “Oh, my God,” while making faces and gagging noises and flailing around.

“Alright, alright,” Cohen said. “That’s how I felt when I saw Mayor de Blasio dancing just now. I just don’t need to see that at the beginning of 2021.”

Cohen then looked around Times Square — which wasn’t packed with the usual crowds thanks to the pandemic and rules against large gatherings — threw his hands up in the air and yelled, “Do something with this city! Honestly, get it together!”

Cohen’s other antics throughout the night included jokingly asking Cooper to “do acid” with him after the show, and insisting his co-host wipe his nose.

The longtime TV host and producer, who hosts Bravo’s “Watch What Happens Live,” also had a mini-meltdown two years ago while doing“New Year’s Eve Live.”

He wasn’t thrilled when the Times Square Alliance told him he had to ditch his umbrella while filming the special in the rain.

“It’s more than drizzling in Times Square,” Cohen said at the time. “It’s not putting a damper on anything, but I will say this: I had this umbrella. The lady from the Times Square Alliance came over and said, ‘You have to get rid of the umbrella,’ off the air. And I said, ‘I won’t do it.’”