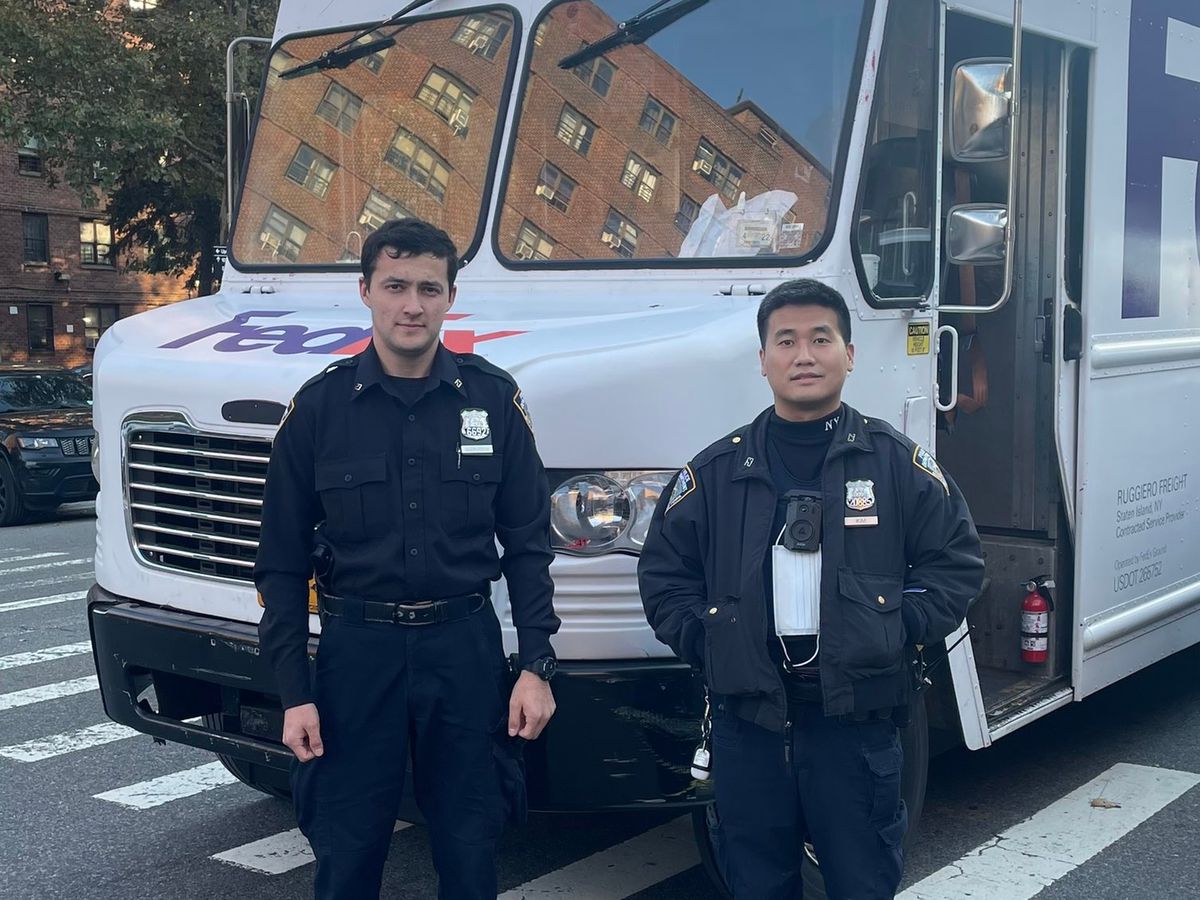 A would-be package thief wound up stealing an entire FedEx delivery truck and taking it for a 75-block joyride through Manhattan on Tuesday, cops said.

With the keys still in the unoccupied truck, the thief took advantage and headed uptown.

The wild ride of one very ambitious package pirate ended in #EastHarlem when POs Saidmurodov & Kim spotted the thief hauling away loot after crashing on 1st Ave. On the lam for 70 blocks, he got no further as these officers swooped in to recover the @FedEx truck and its cargo. pic.twitter.com/3Itw7vkjDF

He made it all the way up First Ave. to E. 103rd St., before he crashed into a parked car.

The crook then bailed out, holding a package from the wrecked truck, but two NYPD officers arrested him before he could escape, cops said.

Charges against the suspect were still pending Tuesday evening.