Kyle Rittenhouse breaks down on stand while testifying in murder trial 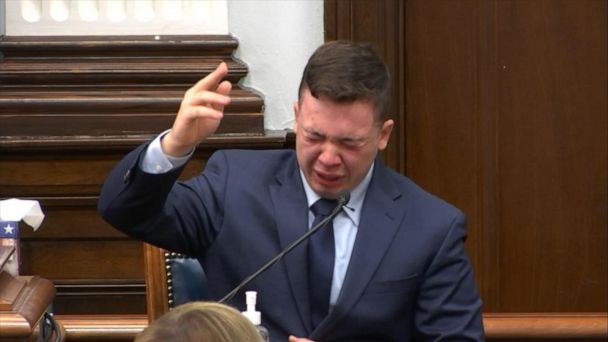 Kyle Rittenhouse broke down on the stand while testifying Wednesday.

A day after the prosecution rested its case in Kyle Rittenhouse’s murder trial, the defense called the defendant to the stand to testify on his behalf.

Rittenhouse, then 17, shot three men, two of them fatally, at a turbulent protest in Kenosha, Wis., on Aug. 25, 2020, two days after cops shot Jacob Blake, leaving him paralyzed.

Rittenhouse told the court Joseph Rosenbaum, the first man he shot and killed, had threatened him.

Rosenbaum screamed, “if I catch any of you f—— alone, I’ll f—— kill you,” according to Rittenhouse.

Rittenhouse began hyperventilating and speaking in starts-and-stops while describing the night before he began sniffling and sobbing uncontrollably before Judge Bruce Schroeder called for a short break.

The scene ran counter to Rittenhouse’s posturing in January when he was spotted wearing a t-shirt that read “Free as F—” and took photographs with a number of people at a Wisconsin bar.

Rittenhouse’s defense had indicated several times during the first days of the trial that the 18-year-old would testify.

The trial is expected to last through the week.