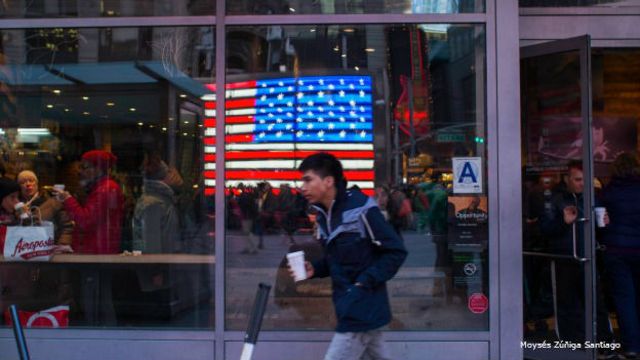 Considered in the US as one of the most influential and growing migrant colonies in recent decades, the Poblanos living in New York have strengthened their ties with the Mexican State that saw them leave and that now depends heavily on their family remittances and investments. This relationship which translates into significant benefits for Puebla —located in the center of Mexico, an hour and a half away by road from the country’s capital— has had ups and downs due to changes in the political orientation of its authorities, which in the most recent elections gave once again a turn in favor of the National Action Party (PAN) in the metropolitan area of its capital, briefly dominated by the National Regeneration Movement (Morena) that continues to lead the state government.

In the new political scenario, the figure of the mayor of Cuautlancingo, PAN member Filomeno Sarmiento, and his director of Economic Development, Ernesto F. Vázquez, stand out. From day one they sought to establish a productive relationship with the leaders of the Puebla’s community residing in NY, with the purpose of creating a synergy that would lead to mutual benefits.

According to Mayor Sarmiento, the experience left by COVID-19’s most intense stage will be used to strengthen remote training, hand in hand with international companies that have a presence both in Puebla and in the US.

A key aspect of the relationship is due to the work model that distinguishes the people of Puebla in the United States and that has been shown by their enormous capacity to insert themselves into American society and economy through their proven vocation for continuous training in a culture based on hard personal and group effort.

For Ernesto F. Vázquez, these qualities “are part of the Pueblan DNA and transcend borders, which allows us to generate a development bridge between the millions of people from Puebla who remain in Mexico and the millions who have forged a present and a promising future in the United States, thus keeping intact that identity that makes us proud”. “Once communication is fully established, we hope to widen that bridge of understanding that has always existed to provide feedback on our goals, which can be summed up in helping each other to make sure that all the people of Puebla -regardless of their place of residence- have the best possible living conditions, a goal in which we are putting our greatest efforts”, he concluded.