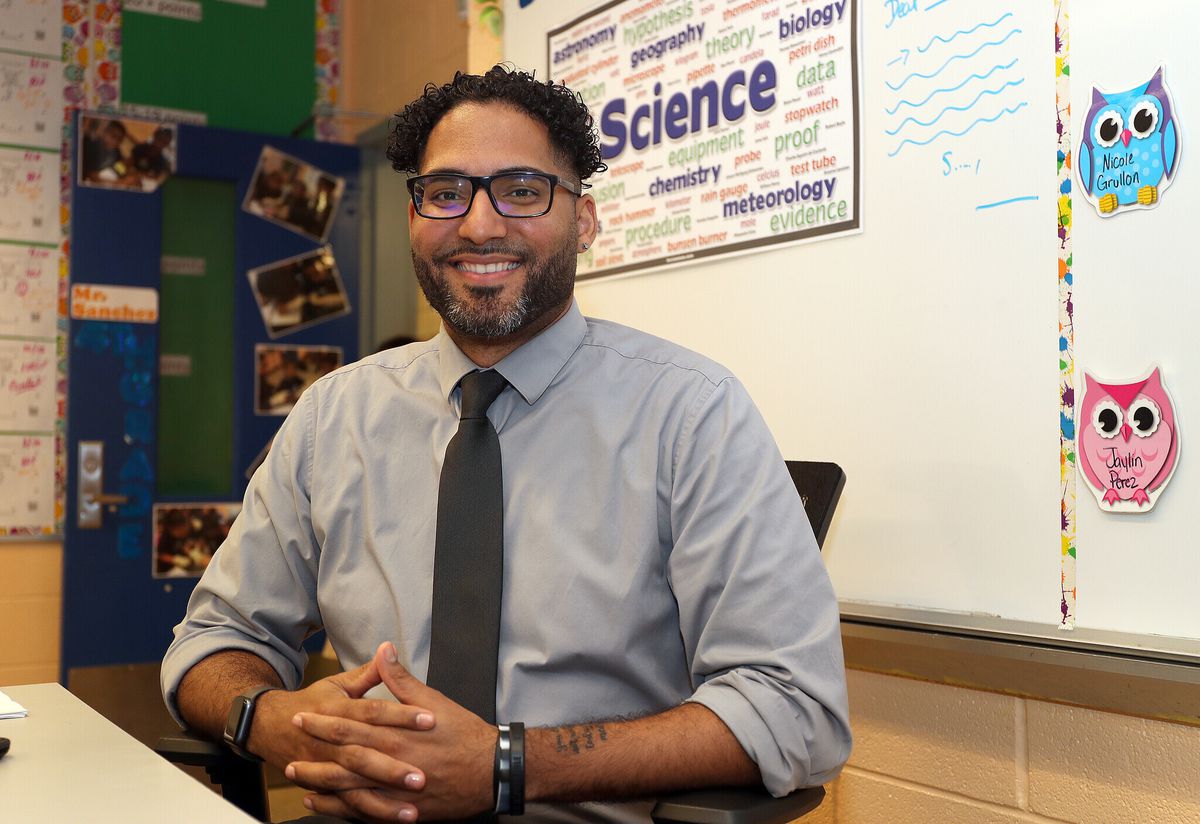 A Manhattan charter school teacher is accused of grooming and sexually abusing a student for years starting when she was in fourth grade — and the school’s principal has been fired for his handling of the allegations, investigators have learned.

Cesar Sanchez, 39, a celebrated science teacher and baseball coach at KIPP Washington Heights, began making sexually suggestive comments to the girl when she was in fourth grade and repeatedly groped and pressed his crotch against her when she was in middle school, according to a complaint filed Dec. 22 in Manhattan Criminal Court.

The school’s principal, Danny Swersky, was terminated soon after Sanchez’s arrest for failing “to follow KIPP NYC’s procedures or meet KIPP NYC’s expectations in how he handled this matter,” according to an email superintendent Jim Manly sent to parents Thursday morning.

Sanchez received a “Blackboard Award” from the publication New York Family in 2018 and used his acceptance speech to thank “the amazing families who trust me with their kids every single day.”

Sanchez, who is married to the principal of another KIPP school and has two children, could not be reached for comment. His lawyer did not respond to an inquiry. He taught at the school for six years.

The allegations emerged after a student and her mother told school officials that Sanchez was making the girl uncomfortable by blurring student-teacher boundaries, including asking to be her friend on Instagram, according to a source familiar with the events.

The accuser, who’s now 14, told detectives Sanchez began making “sexually suggestive and lewd comments” starting when she was in fourth grade, according to the complaint. By the time the girl was in the seventh grade, Sanchez was groping her, prosecutors charge.

The alleged abuse stopped temporarily when classes went remote in March 2020, but Sanchez touched the girl’s breast and pushed his crotch against her in Feb. 2021, according to the complaint.

Sanchez was arraigned on Dec. 23 and a judge set bail at $7,500. He was charged with sexual conduct against a child and endangering child welfare and is due back in court next month.

Swersky, the principal, declined to comment. A KIPP spokeswoman confirmed he was fired for “the lack of leadership he displayed during the matter,” but would not share further details.

Parents at the Washington Heights school say they were horrified by the news and have questions about what school administrators knew and when.

Rosie Perreaux, the mother of a sixth-grade student at KIPP Washington Heights middle school, faulted the school and network for not catching the alleged behavior earlier.

“We cannot wait for the crimes to be committed,” she said. “In this day and age we’re supposed to be preventing these things from happening.”

Perreaux said she still has questions about a 2019 incident in which Sanchez and Swersky told families just days apart that they were taking unexplained “personal” leave, according to emails.

A KIPP spokeswoman confirmed that both Sanchez and Swersky were suspended in 2019 in relation to an incident in which Sanchez exhibited “poor professional judgment on a school trip” and Swersky failed to “handle it according to KIPP’s procedures.” The spokeswoman said the “suspensions did not pertain to any allegations of sexual misconduct or sexually inappropriate behavior” or involve female students, but declined to give any more details.

The allegations against Sanchez are the second sexual abuse scandal to rock the charter network in recent months.

In August, Jesus Concepcion, a well-known former middle school orchestra conductor at KIPP Academy in the Bronx, was arrested for allegedly abusing and coercing middle and high school-aged students into sex between 2002 and 2007. Prosecutors asked a judge in September to hold Concepcion without bail, arguing he’s a flight risk and danger to the community. He’s pleaded not guilty.