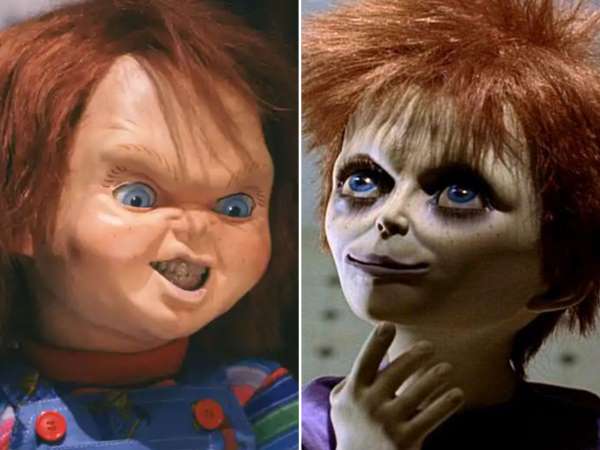 Call it a blunder alert.

The Texas Department of Public Safety issued a bizarre Amber Alert last week for fictional murder doll Chucky and his son, raising eyebrows across the state before officials announced it was all a horror-ble mistake.

The false alert, which was reportedly sent out via email three separate times Friday morning, listed the “Child’s Play” main character as a suspect in the disappearance of Glen, Chucky’s 5-year-old son in the horror movie franchise.

The alert also featured a photo of the two dolls and described Chucky as a 28-year-old wielding “a huge kitchen knife,” wearing blue denim overalls and a multi-colored striped shirt, weighing 16 pounds and standing 3 feet, 1 inch tall, according to multiple screenshots shared on social media. His race was described as “Other: Doll.”

But no, the fictional serial killer was not on the loose — and his equally creepy child was not missing.

“This alert is a result of a test malfunction,” state officials told local news outlet KENS 5 in a statement. “We apologize for the confusion this may have caused and are diligently working to ensure this does not happen again.”

The emails were sent to subscribers of the Texas Alerts System, which is used by the state Department of Public Safety to notify the public when a missing child is believed to be in danger.

It was unclear how many people received the alert.

The “Child’s Play” film series began in 1988 and follows a string of murders by Chucky, a red-haired doll that is possessed by the soul of a serial killer. His son, Glen, first appeared in the 2004 sequel “Seed of Chucky.”