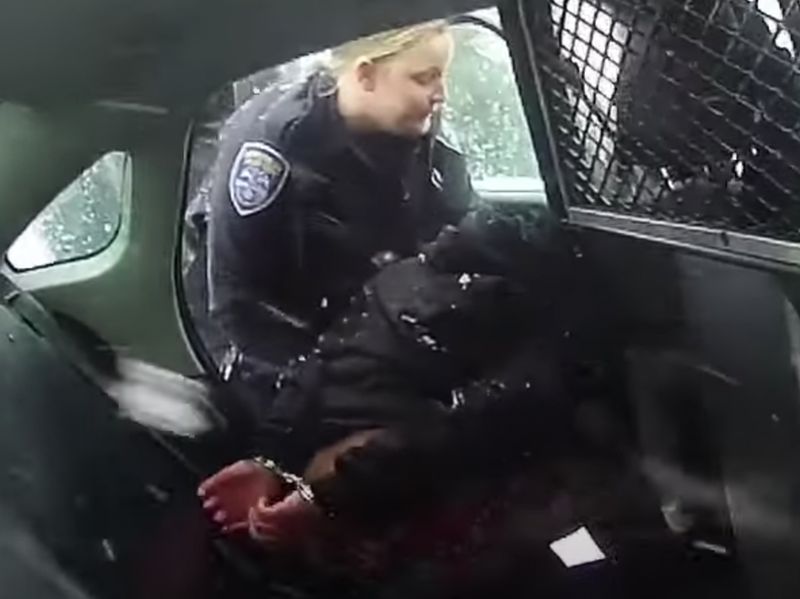 The mother of a nine-year-old girl who was pepper sprayed in the face by Rochester police wants the police involved in the caught-on-camera arrest to be dropped from the force.

“They should be fired. If this was their kids, regardless to what happened prior, there is no reason why a child should be pepper-sprayed when she is already detained in handcuffs in a car,” mother Elba Pope told CNY Central on Tuesday.

Tensions have been high in the upstate city ever police released body camera footage earlier this week showing cops struggling with the young girl in the back of their patrol car.

Several officers involved in the Jan. 29 incident have since been suspended, police officials said, although it’s unclear which ones.

The video footage released by authorities Sunday shows the confrontation after police got a call about “family trouble,” officials said.

One officer chases down and handcuffs the nine-year-old girl. When the girl refuses to get into the car, the situation escalates, the video shows.

After several warnings, the young girl is pepper-sprayed in the face, the clip shows.

The girl’s mother argues with her daughter in the video, and screams at passing vehicles for stopping to watch, the video shows.

Officials said cops handcuffed the girl with her mom’s permission.

Mom Elba Pope told CNY Central the whole thing began when she got into an argument with the child’s father. She claims she tried to get her daughter back into the house, but blamed police for escalating the situation.

“What he should have done was got on his walkie-talkie and ask for help,” Pope told the news outlet. “Not back up for police, but someone from mental health to help him with a 9-year-old child having a meltdown.”

Gov. Cuomo on Monday blasted the officers for their actions, and said the city “needs to reckon with a real police accountability problem.”

Rochester police have been under fire since the death of Daniel Prude last March. Seven police officers involved in the arrest were later suspended.

In response to Prude’s death, Rochester established a Person in Crisis Team, a unit developed to respond to cases of involving mental health issues.

However, they were not involved in the Jan. 29 incident because there were “a number events happening at the same time that required a police response,” Mayor Lovely Warren said.