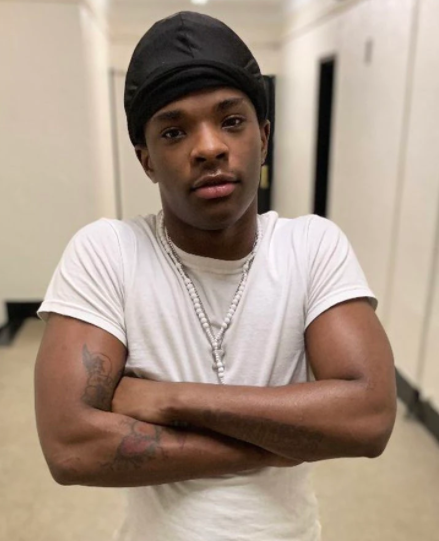 A 16-year-old boy who was fatally shot on a Lower East Side street had at least 20 prior criminal convictions and was due to appear in court next month on an armed robbery charge, sources say and court records show.

Isaiah Levine was shot in the face near Delancey and Suffolk Sts., and the entrance to the Williamsburg Bridge, about 8:30 p.m. Friday, cops said. EMS rushed him to Bellevue Hospital but he could not be saved.

Levine had at least 20 charges including weapon possession, assault with a weapon and armed robbery, sources said. The charges — most of which are sealed — date back to 2015 when Levine was 10 years old.

Police believe he was a member of the Pitt St. Crew gang, sources said.

“He was not in a gang,” Isaiah’s aunt told the Daily News Sunday, declining to give her name. “The fact is he got shot in the head. And that should be the most important part — a 16-year-old is dead now because of another gun.”

Levine lived on the Lower East Side with his mother just blocks from where he was gunned down.

“She’s distraught, that’s it,” the aunt said of Levine’s mother. “He was a good kid. He was a kid, just like anybody else, a human being. And he was loved. His family is mourning right now.”

Isaiah was filming a music video when he was shot, his brother told NY1.

Shortly after, a 24-year-old man walked into Mount Sinai Beth Israel with a gunshot wound to the hip. Police determined he was wounded in the same shooting. He was transferred to an uptown hospital and is expected to recover, police said.

Isaiah was arrested in January 2020 and charged with a Manhattan armed robbery, records show. He was due back in court Nov. 9.

BREAKING: The 16 year old boy who was shot and killed in the Lower East Side last night has been identified as Isaiah Levine. His family tells me, they’re in shock. @CBSNewYork #nyc #newyork #gunviolence #crime pic.twitter.com/oLvzwl8mVJ

Relatives told CBS2 he had been jailed for eight months and was released 10 days ago.

“Excited, that’s why he wanted to be outside,” his sister Jaylees Hernandez told the station. “He was excited. He had been in there so long.”

“He was going to change his life around,” Isaiah’s father Oliver Levine Sr. told NY1. “He asked me ‘Dad, can I come live with you’, I said ‘yes.”

“I want to tell other young men my age the streets don’t care about you,” the victim’s brother Oscar Levine Jr., 24, told NY1. “Go to school, graduate.”