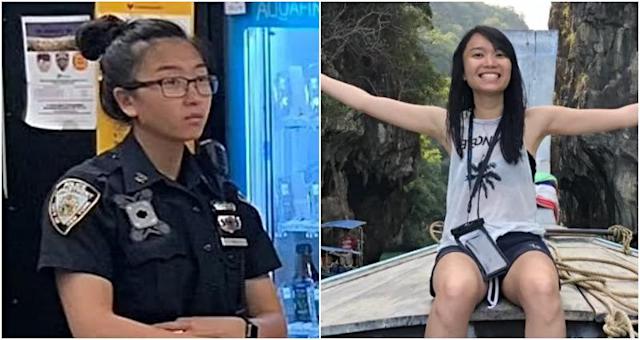 An obsessed off-duty NYPD officer who laid in wait for her former girlfriend before going on a deadly shooting spree was ordered held without bail Monday pending an exam to determine if she understands the murder and assault charges against her.

Judge Joshua Glick granted a request from Wu’s lawyer for an examination to determine the officer’s capacity to understand the charges against her and to assist in her defense. Wu was remanded without bail until her next court date Nov. 19.

The jealous Wu was waiting for Li in the home they both had shared in Bensonhurst when Li and Liang arrived home Wednesday evening. Wu opened fire, repeatedly shooting Liang in the chest, and firing one bullet at Li, also in the chest, authorities charged.

In a chilling 911 recording, the operator could hear someone in the background saying, “That’s what you get,” sources told the Daily News. Wu then went outside the house and waited for cops to cuff her.

Wu had gotten into a previous fight with the two women at least once in the weeks before the bloodbath, according to friends of Liang.