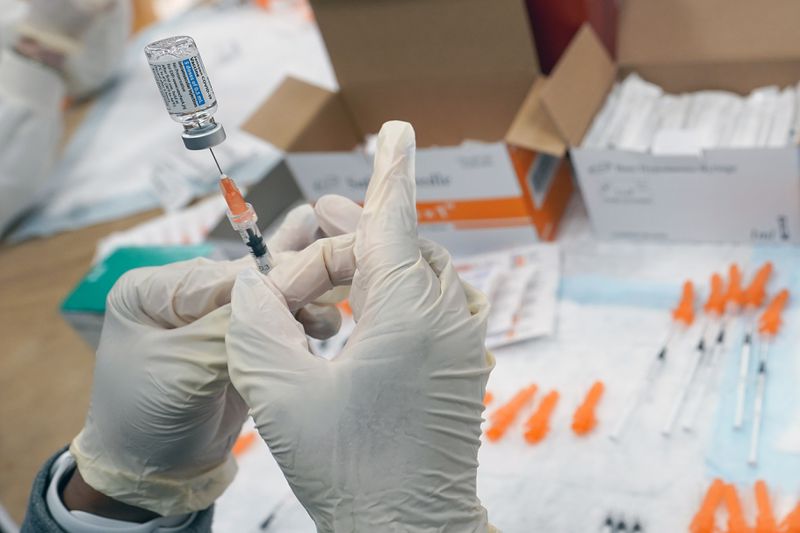 A Washington state physician assistant has had his license suspended following an investigation into more than a dozen complaints linked to COVID-19.

Scott C. Miller, who runs Miller Family Pediatrics in Washougal, about 23 miles northeast of Portland, Ore., had his license suspended as of Tuesday, The Columbian reported Friday.

Miller, who was found to be an immediate danger to public health, was investigated for prescribing medications to patients he hadn’t seen, demanding hospitals give COVID patients a drug not proven to cure the virus, and “engaging in a hostile and threatening public campaign against hospitals and doctors,” the outlet reports.

Known to be both publicly opposed to mask and vaccine mandates, Miller was also found by the commission to have started “a public campaign touting the use of ivermectin in treating coronavirus disease,” though the drug’s effectiveness against the disease is unfounded, according to the outlet.

Miller’s anti-mask discourse was anonymously reported last November to Washington state’s COVID-19 violations center, after the complainant said he boasted on social media that “Miller Pediatrics … doesn’t use masks,” which he also called “worthless,” according to the outlet.

Miller, according to that complaint, “talked about the stupidity of people taking the pandemic seriously” and “shared a barrage of antiquated or false information” about the virus.

As a treatment for COVID, Miller has prescribed supplements including vitamin D and C, zinc, melatonin, and azithromycin, according to The Columbian. At least one complaint pointed to a prescription by Miller for a patient he had only ever spoken to over the phone, rather than examining them in person.

The Washington Medical Commission said that on his 2013 license application, Miller did not disclose a probe in California, which involved similar, albeit pre-pandemic, allegations, according to the outlet. The embattled physician assistant says he did disclose, according to state records obtained by the outlet.

Miller was practicing in the Golden State in 2012 when he was cited by the California Physician Assistant Board for providing medical care without a supervising physician’s authorization, writing drug orders for controlled substances without examining patients, and failing to document patients’ medical records, according to The Columbian.

He has 20 days to appeal the suspension in Washington state.