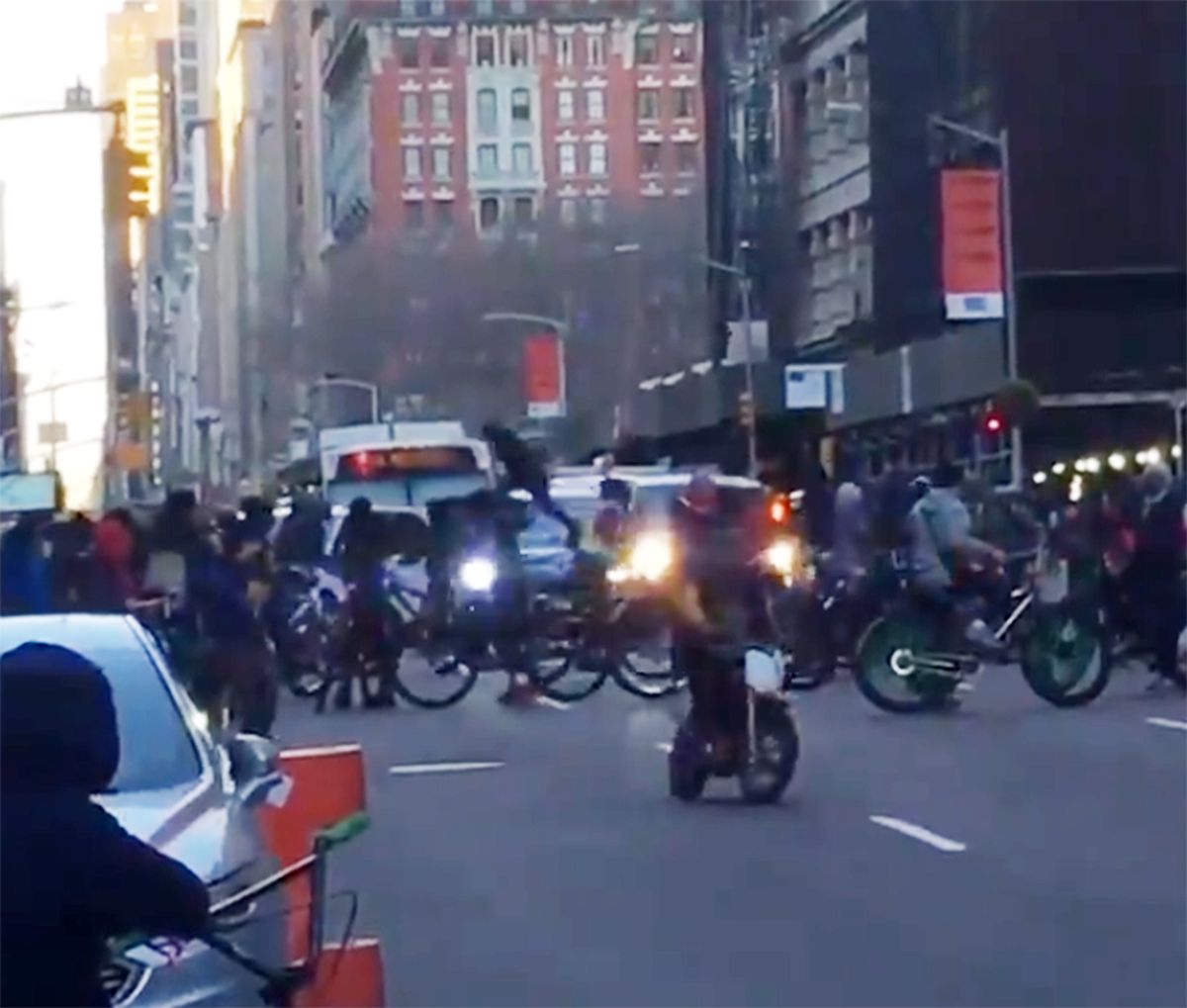 A group of teen bicyclists attacked a BMW driver in Chelsea after one of the boys was hurt in a mishap with the vehicle, startling videos show.

Witnesses said dozens of teenagers on BMX bicycles were rolling together on Fifth Ave. when the clash sparked off near 21st St. about 4 p.m. Tuesday.

“Two (bicyclists) grab onto a car driving by to catch a ride,” Witness Dr. Daniel Winarick, who posted one of the videos, tweeted. “The driver breaks & 1 of the bikers crashes into something, resulting in a bloody lip.”

The bicyclists attacked the 2009 BMW SUV a moment later, witnesses said. The vehicles had medical plates and a woman was riding inside with the driver, a witness tweeted.

“They spat on the car, slammed a bike onto the windshield, then a guy jumped on it & they broke the handle, trying to open the door from the outside,” Maria Petrova, who also took video of the attack, tweeted. “Woman was shaking & in tears, ‘We were trapped, there was so much violence, I thought I was going to die.’”

At least four bicyclists attacked the SUV, the cellphone videos show, body-slamming the vehicle and punching a rear driver’s side window.

At one point, a bicyclist lifts up his two-wheeler and slams it down on the SUV’s hood while another runs up on the hood and jumps on the windshield, causing it to spider-web.

The SUV rolls off after a few moments.

Cops said that the 36-year-old driver called 911 after the attack. Police responded but the bicyclists were gone by then and have not been caught.