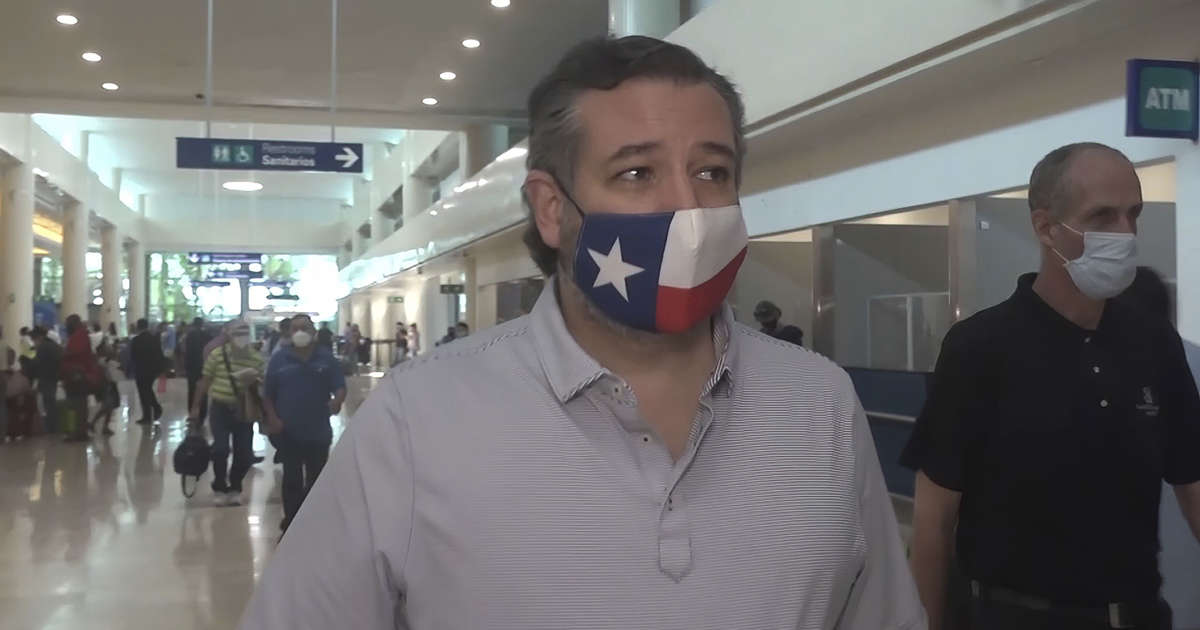 Ted Cruz might want to think twice about using the words “flee” and “Texas” in the same tweet.

The conservative senator was mocked as “Senator Cancun” by Trevor Noah Wednesday after his effort to tweak the late-night funnyman over New York’s loss of a congressional seat fell flat.

The Daily Show host couldn’t resist the chance to ding Cruz over his infamous jaunt to sunny Mexico in the middle of his home state’s worst winter storm and cold wave in decades.

“Not sure I’d be using the words “fleeing” and “Texas” in the same sentence, Senator Cancun,” Noah tweeted on the show’s account.

Cruz sought to hit back at Noah by claiming that “I remember when the Daily Show was funny.”

That only escalated the feud as Noah noted that Cruz was pushing back harder against him “than he ever did when Trump called his wife ugly.”

The ugly Twitter spat started a few hours earlier when Noah expressed disbelief at Census results that showed New York State fell just 89 residents short of keeping all 27 of its congressional seats for the next decade. Instead, the Empire State will lose one seat.

“You’re telling me that if 89 more New Yorkers would have filled out their Census (forms), the state would have lost a seat in Congress?” Noah moaned, putting his head in his hands.

Noah also noted that the U.S. population grew at the slowest rate since the Great Depression mostly due to less immigration and lower birth rates.

“Primarily due to this photo,” the comedian added, flashing an unflattering image of Cruz

Cruz responded by seeking to school Noah about people migrating to New York for Texas and other low-tax GOP strongholds in the Sun Belt.