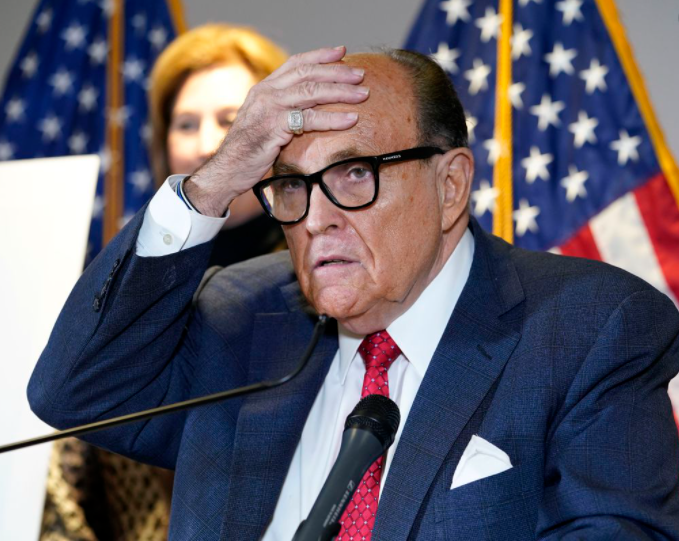 The FBI raided Rudy Giuliani’s Upper East Side apartment Wednesday morning in connection with the ongoing investigation into his dealings in Ukraine.

The raid, first reported by The New York Times, is an overt sign that Manhattan federal prosecutors’ investigation into Giuliani is entering a new phase. It’s also a sign prosecutors think they have a strong case. Giuliani, a lawyer for former President Donald Trump, is entitled to certain attorney-client privilege protections that can only be overcome with significant evidence of a crime.

Reps for the Southern District of New York and FBI declined comment. A call to Giuliani’s attorney was not returned.

The feds seized Giuliani’s electronic devices, according to The Times.

“In SDNY, under any administration, you do not get search warrants easily and you definitely do not get it easily when there’s potential attorney-client privilege involved, especially this high profile,” said Westchester County District Attorney Mimi Rocah, who previously served as a federal prosecutor.

“It’s an extremely high burden required to show evidence of a crime in that location and that it’s not connected to legitimate legal work,” she added. “I would not be surprised if charges and an arrest followed.”

The former mayor has been under investigation for more than two years in connection with the criminal case against Lev Parnas and three other associates.

Parnas and another Giuliani associate, Igor Fruman, were accused of a straw donor scheme. They also met with Giuliani and introduced him to Ukrainian officials — encounters that overlapped with Trump’s first impeachment. Giuliani, acting as Trump’s attorney, orchestrated a pressure campaign on Ukrainian officials to dig up dirt on then-Democratic presidential candidate Joe Biden in 2019, sparking the impeachment inquiry.

Giuliani’s efforts in Ukraine may have violated foreign lobbying laws.

Prosecutors say Parnas also invoked Giuliani’s name to seal the deal with investors in an insurance startup, who Parnas then swindled.

Giuliani is the second personal lawyer for Trump to be raided by the FBI.

The feds raided Michael Cohen’s law office in April 2018, sparking a court battle over claims the seized material should be off-limits to prosecutors because of attorney-client privilege.

Cohen pleaded guilty to an assortment of crimes, including campaign finance violations, bank fraud and lying to Congress, months later.

“Here we go folks!” Cohen tweeted in response to the reported Giuliani raid.