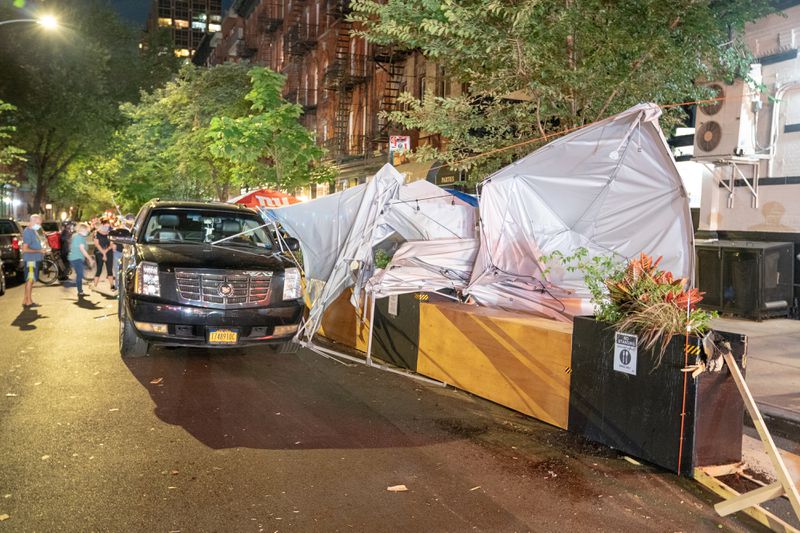 Diners got the scare of their lives when a car plowed into the seating area outside an Italian restaurant on the Upper East Side, police said Tuesday.

The mayhem sparked off when a Cadillac Escalade heading east on E. 92nd St. struck a southbound Audi SUV in the intersection at Second Ave.about 9:25 p.m. Monday.

The impact sent the Audi careening into the outdoor seating area for Delizia 92. A barrier was overturned and a few tents were damaged, police said.

None of the diners were hurt but the Audi driver was taken with minor injuries to New York-Presbyterian/Weill Cornell Medical Center. Two other people were treated at the scene, officials said.

A priest, Father George Baker, had just finished dinner with a friend, Deidre Begley, when they heard a loud rumble and jumped up.

“All of a sudden this whole tenting started coming (down) like a row of dominoes,” Baker said. “I just grabbed her and we ran (into) this building entranceway.”

Baker said they had decided to sit at a table on the side street, thinking it would be safer. He also said a party of four, including a woman in her 80s, had been sitting near them but finished their meal and left minutes before the crash.