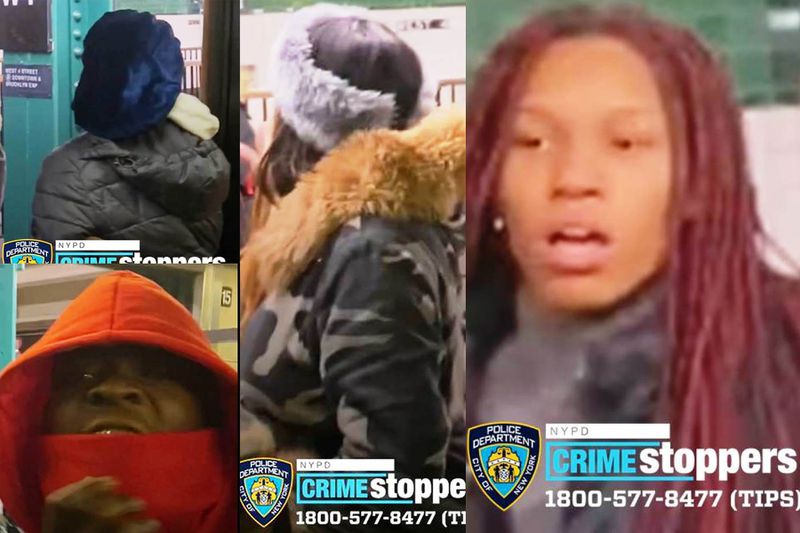 Six people beat and hurled anti-Asian slurs at a woman after confronting her for not wearing a mask on a subway train in Greenwich Village, police said Thursday.

The group approached the 32-year-old woman on a downtown A train near the West 4th St. station about 1:45 p.m. Dec. 17 and berated her for not wearing a mask.

They spewed anti-Asian slurs at her, claiming Asians are responsible for the coronavirus, and then punched her in the face multiple times, the police said. When the train reached the station, they took off and have not been caught.

The victim was left with a bruised and swollen face. She declined medical treatment.

Cops labeled the incident a hate crime and released photos of four of the suspects and asked the public’s help identifying them.

Three of the suspects are women, including one dressed in a camouflage jacket with a fur-trimmed hood and a fake fur head wrap.

One of the men was wearing an orange-hoodie and a red mask.

Anyone with information is asked to call Crime Stoppers at (800) 577-TIP. All calls will be kept confidential.