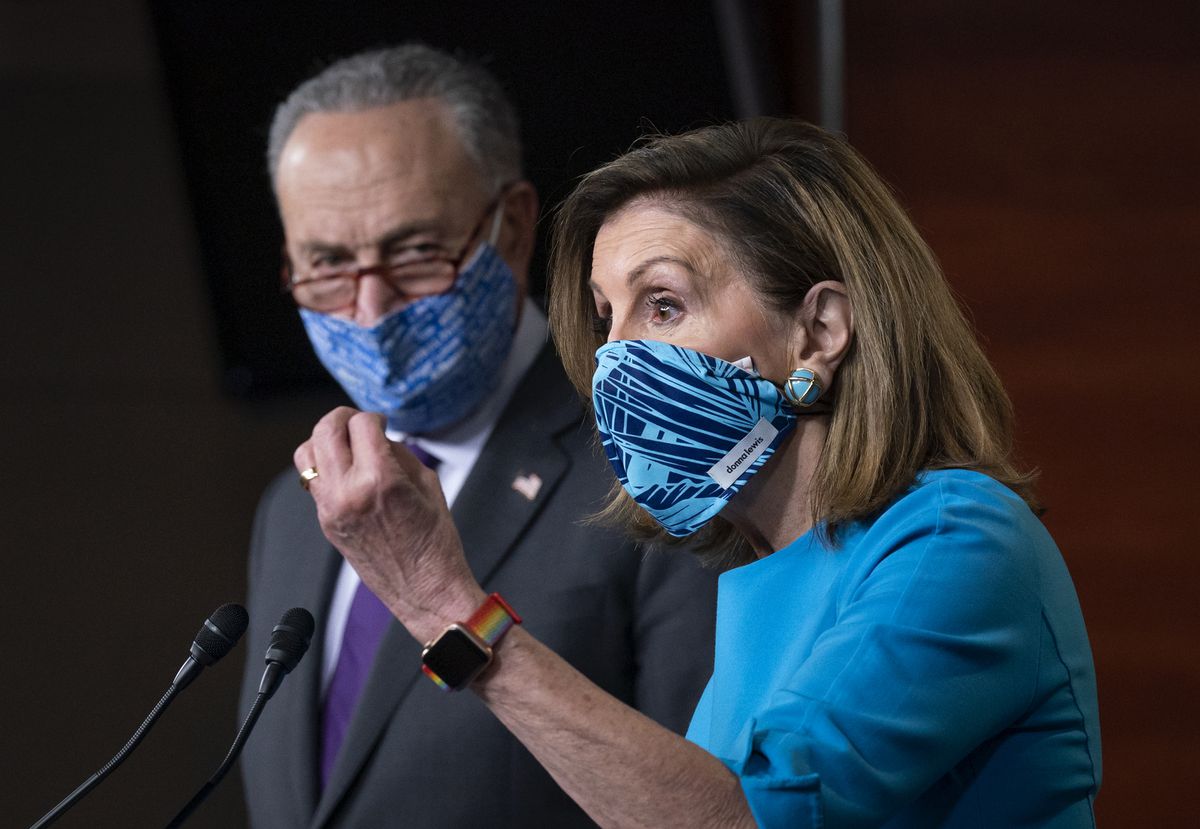 Republican lawmakers Thursday blocked a Democratic effort to raise the amount of coronavirus stimulus checks to Americans to $2,000, even after President Trump slammed the planned $600 payout and demanded the increase.

House Minority Leader Kevin McCarthy (R-Cal.) refused to give the green light to the move during a brief and unusual Christmas Eve session, leaving America in limbo over when or whether any COVID relief package might pass.

Speaker Nancy Pelosi quickly trashed the move as a Grinch-like move by the GOP.

“Republicans cruelly deprived the American people of the $2,000 that the President agreed to support,” Pelosi said in a statement.

The full House will take up the proposed amendment when it returns on Monday. Even if the measure passes the House, it would face an even more uncertain future in the Republican-controlled Senate.

Trump has given little indication whether he will veto the bill or possibly do a 180 and sign it. He could also do nothing, keeping lawmakers and desperate Americans guessing even longer as he plots his final days in the White House.

“Whether he is in Mar-a-Lago or anyplace else, (Trump) ought to empathize with the pain and suffering and apprehension and deep anger that the American people are feeling this Christmas Eve,” said Democratic leader Rep. Steny Hoyer (D-Md.)

Even Republicans have no clue what the president might do next.

“I have no idea what he plans to do. You’d have to ask him,” said Sen. Roy Blunt (R-Mo.), a top member of the GOP leadership.

Senate Majority Leader Mitch McConnell has staunchly refused to consider raising the price tag of the COVID-19 stimulus package above the $900 billion agreed so far.

Trump threw a monkey wrench into the stimulus talks Tuesday when he slammed the bill that was passed with wide bipartisan support.

The entire package may now collapse along with a separate bill to avoid a government shutdown that was passed at the same time. If Trump vetoes or doesn’t sign the bills, Congress would need a two-thirds vote to override him, a tricky prospect given his firm grip on the GOP.

Trump called the $600 direct payments “ridiculous” even though his own negotiator, Treasury Secretary Steve Mnuchin, refused to agree to any higher amount.

Trump also slammed some foreign aid provisions in a separate end-of-year spending bill, even though they were actually less than what his own White House had proposed.

Republicans were blindsided by Trump’s abrupt turnaround after months of staying at arm’s length from the stimulus talks.

“Democrats have … conveniently ignored @realDonaldTrump’s call to reexamine tax dollars wasted overseas while so many Americans are struggling at home,” McCarthy tweeted.

Blunt, however, says Senate Republicans reject that plan, adding to the disarray on the GOP side.