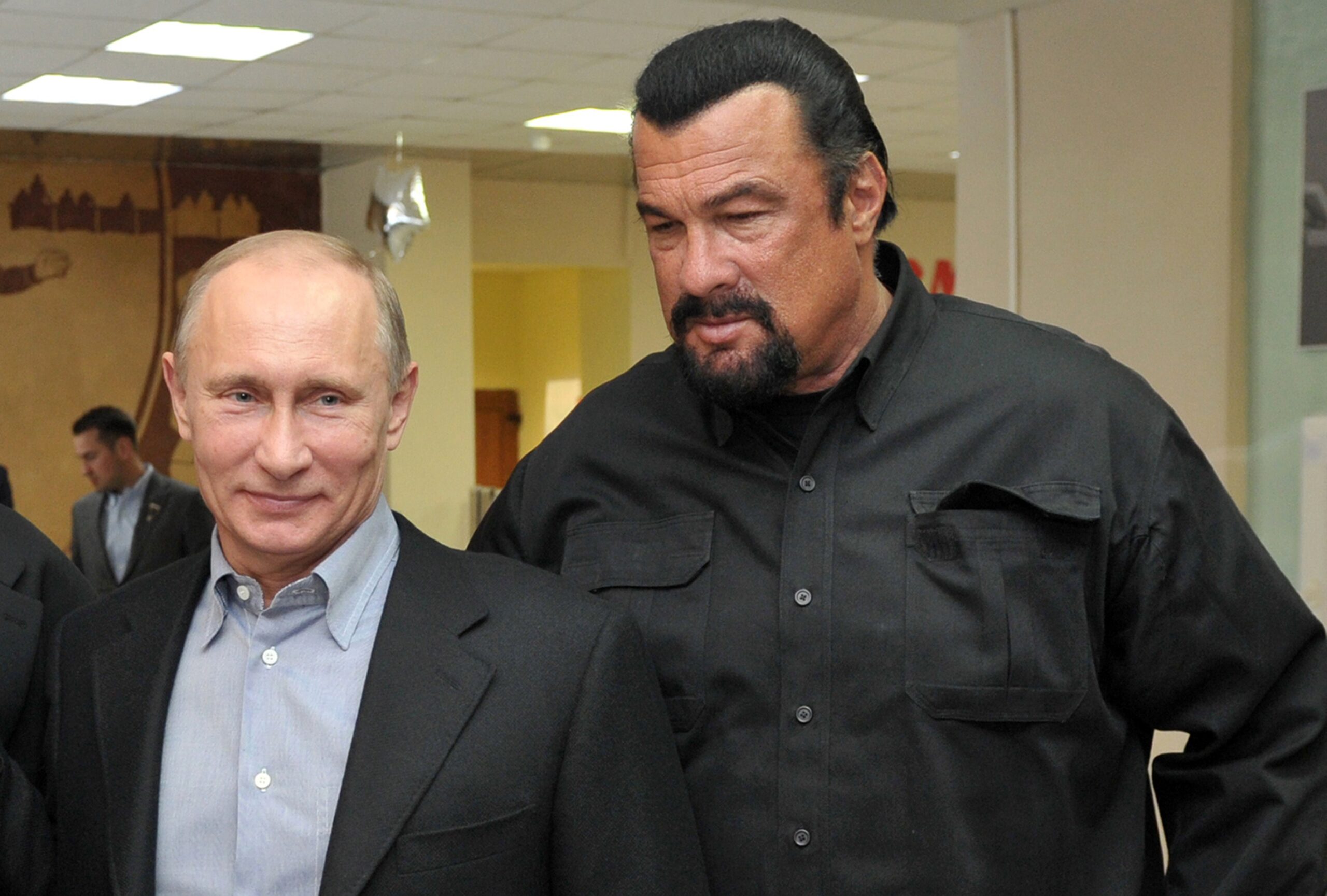 The “On Deadly Ground” star celebrated becoming a septuagenarian in a Russian restaurant, where RT editor-in-chief Margarita Simonyan and Russia-1 host Vladimir Solovye were in attendance, The Times reported. Both outlets are state-sponsored.

“I have all of you here with me because each and everyone one of you, you are my family and my friends,” Seagal said in English, which an interpreter translated to Russian. “I love all of you and we stand together, through thick and through thin.”

Seagal, who has referred to Russian President Vladimir Putin as a “brother,” has also praised the former KGB agent as “one of the greatest world leaders,” according to The Guardian. In 2014, he called Putin’s annexation of Crimea “very reasonable.”

He has also stood by Putin since Russian forces invaded Ukraine on March 24 kicking off a bloody war that has been condemned by the free world. In March, Seagal told Fox News that he sees Russia and Ukraine, an independent republic, “as one family.”

Seagal was banned from Ukraine in 2017 after becoming a Russian citizen. He was born in Lancing, Mich., and raised largely in Fullerton, Calif. He is a nine-time Golden Raspberry Award nominee who won the ignominious “worst director” award in 1995 for “On Deadly Ground.” That picture also made him a candidate for “worst actor” and “worst picture.”