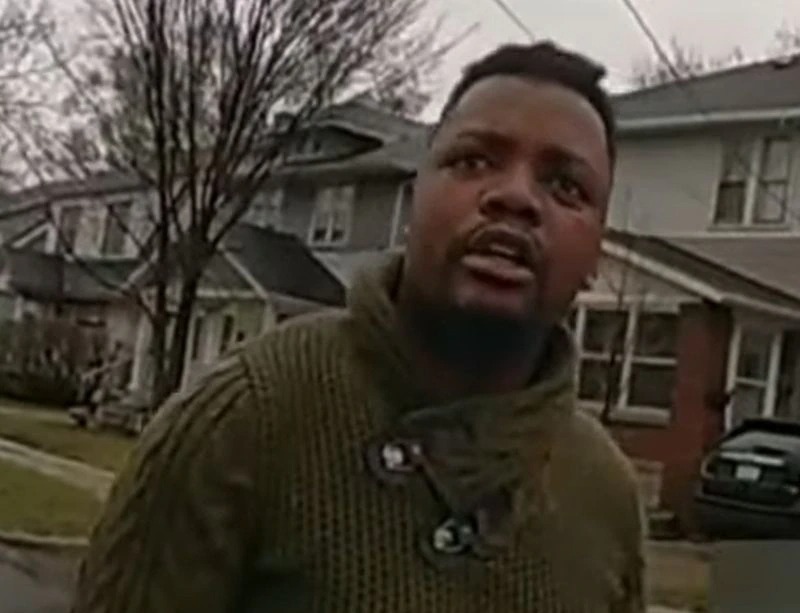 Lyoya, a 26-year-old Black man, was pulled over in the western Michigan city on April 4 by an officer who said the license plate on Lyoya’s car didn’t match the vehicle.

Minutes later, following an extended struggle, the officer killed Lyoya with a single gunshot to the head.

The officer who killed Lyoya has not been identified but has been placed on paid administrative leave.

Lyoya was pulled over shortly after noon on April 4. He immediately got out of his vehicle, prompting the officer to yell “Stay in the car!” Lyoya stood outside the car and had a short conversation with the officer about the traffic stop and whether he had a driver’s license, according to body-cam video.

When Lyoya started to walk toward the front of the vehicle, the cop grabbed him and moved to arrest him. Lyoya slipped the grab and ran around the vehicle, but the officer quickly caught up and tackled Lyoya.

While the two continued to struggle, the officer consistently yelled at Lyoya to “Stop!” and “Stop resisting!” After a brief hold-up, the cop pulled out his Taser and attempted to use it on Lyoya.

In the body-cam video, the two men can be seen struggling over the electroshock device, and the officer is heard shouting at Lyoya to “Let go of the Taser!”

While the shooting itself can’t be clearly seen in body-cam video or dashboard-cam video from the officer’s patrol car, a passenger in Lyoya’s car captured the deadly moment on his cellphone.

The officer temporarily climbed on top of Lyoya and held him on the ground, the cellphone video shows. The two men continued to struggle over the Taser when the officer grabbed his firearm and fatally shot Lyoya in the back of the head. Lyoya is then seen slumped on the ground.

At that point, backup officers arrived. The officer told other cops that he fired because Lyoya grabbed his Taser.

Michigan State Police and the Kent County Prosecutor’s Office will investigate the shooting and determine if the officer will be charged with a crime.

Lyoya’s family hired prominent civil rights attorney Ben Crump to represent them. Crump described the shooting as “an unnecessary, excessive, and fatal use of force against an unarmed Black man who was confused by the encounter and terrified for his life.”

In the days following the shooting, Grand Rapids residents protested through the city of about 200,000, demanding justice for Lyoya.

Lyoya was a refugee from the Democratic Republic of the Congo whose family fled to the U.S. due to violence in their home country.

“I didn’t believe that this could ever happen to me in this country,” Peter Lyoya, Patrick’s father, told local ABC affiliate WZZM through an interpreter. “I’m asking myself, ‘Why did I come here?’”