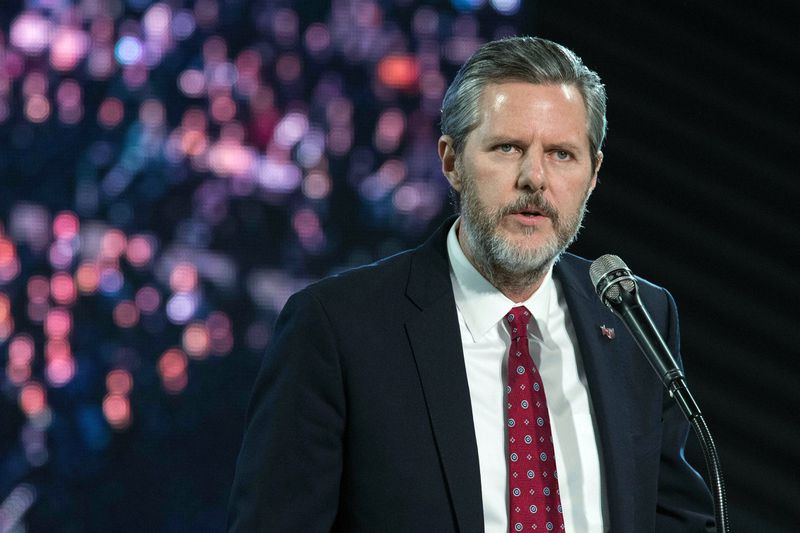 Charity does not begin at home at Liberty University.

According to the outlet, David Corry, the university’s general counsel, detailed in a Sept. 3 email that Falwell had made “uncomfortable calls to some employees after his resignation in late August after an ex-business partner claimed to have engaged in a long-running affair with Falwell’s wife, Becki.

Corry warned employees not to divulge university-related information to Falwell nor to offer favors for him because any interactions could create the perception that Falwell is in some way managing school affairs from afar.

“This impression is not well received by our supporters who do not want Mr. Falwell to be running Liberty University behind the scenes,” wrote Corry.

After a series of embarrassing disclosures, Falwell stepped down from his presidency post after his wife’s alleged marital infidelity was revealed.

As part of his dissolution deal, Falwell is expected to pocket an additional $10.5 million, noted The News & Advance.

The 58-year-old son of Moral Majority co-founder Jerry Falwell has contacted former subordinates and current employees since stepping down, according to Corry’s letter.

Campus pastor David Nasser apologized to Liberty students last week for Falwell’s “sinful” behavior. But after Falwell caught wind of the mea culpa, he called the pastor demanding to know which sin he had committed.

Nasser claimed he ended the call without a response.

“The reason I did so was because it quickly became clear that he was not interested in an actual, sincere discussion about his sin,” Nasser said in a statement. “I love Jerry and Becki and would welcome a genuine conversation.”

Falwell’s fall from grace was precipitated by his posting a social-media photo of himself wearing unbuttoned pants with an exposed gut while his arm was around a young woman he later identified as his wife’s assistant.

“I should never have put it up and embarrassed her,” said Falwell during a radio interview in early August.