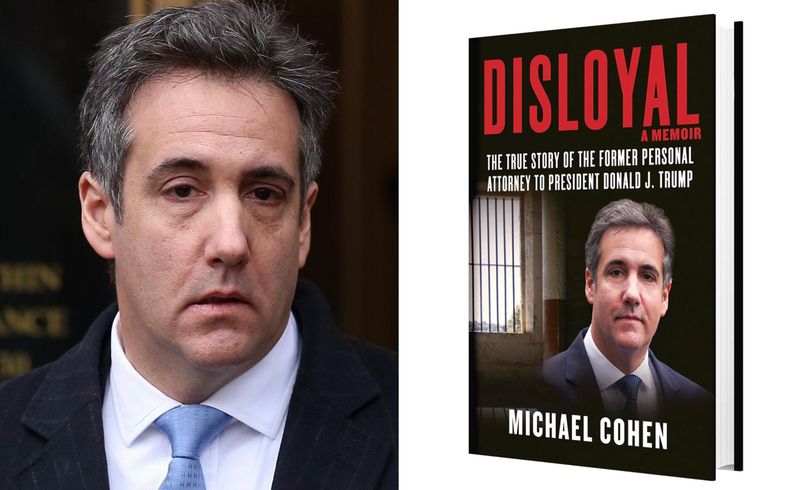 Besides, Cohen wrote, Trump figured that if the affair became known, he’d “have to pay” his wife Melania far more in a divorce settlement. Cohen says Trump later reimbursed him the $130,000 settlement with “fake legal fees.”

Daniels has said she had an affair with Trump in 2006, around the time Melania Trump was pregnant with the Trumps’ son, Barron.

The Stormy Daniels anecdote is from an Associated Press report on Cohen’s book, “Disloyal: A Memoir.”

Another news report about the book says greed — not treason — drove Trump to seek Vladimir Putin’s help in the 2016 election.

Trump wanted to build a 120-story tower in Moscow’s Red Square, with 30 floors devoted to a five-star hotel with an Ivanka Trump-branded spa, according to a story published by The Washington Post on Saturday night.

Trump planned to give the penthouse apartment to Putin for free “as a way to suck up” to him, Cohen writes.

“The whole idea of patriotism and treason became irrelevant in his mind,” Cohen writes. “Trump was using the campaign to make money for himself: of course he was.”

Trump and Putin were united in their hatred of Hillary Clinton, Cohen says. He notes that Putin was angry with Clinton for her support of mass protests against him in 2011.

“What appeared to be collusion was really a confluence of shared interests in harming Hillary Clinton in any way possible, up to and including interfering in the American election — a subject that caused Trump precisely zero unease,” Cohen wrote.

Cohen — Trump’s longtime lawyer — calls his former client “a cheat, a liar, a fraud, a bully, a racist, a predator, a con man.”

Cohen is serving a three-year prison term for a string of financial crimes, including orchestrating campaign finance law-violating hush payments to a couple of the president’s alleged paramours before the 2016 election.

Prison officials freed him to home confinement late in May because of the COVID-19 pandemic. But Cohen was locked up again in July after he refused to sign an agreement with federal probation officers promising not to publish his book before November.

Manhattan Federal Judge Alvin Hellerstein ordered Cohen returned home on July 23. “Why would the Bureau of Prisons ask for something like this … unless there was a retaliatory purpose?” Hellerstein asked.

In a statement to The Washington Post, White House press secretary Kayleigh McEnany attacked Cohen’s credibility: “Michael Cohen is a disgraced felon and disbarred lawyer, who lied to Congress. He has lost all credibility, and it’s unsurprising to see his latest attempt to profit off of lies.”